Ideas competition with the intervention of a jury, for the award of the contract for the provision of services for the drafting of the basic project and execution, health and safety study, and the rest of the documentation necessary for the development of the works, as well as the management of the work, direction of the material execution of the same and the coordination in matters of safety and health in all phases for the execution of work for the definition of a public space, protection of archaeological remains and musealization of the same in the field of Plaza de la Constitución de Cártama in execution of the Edusi de Cártama co-financed by the European Regional Development Fund (Feder)

Combining the different architectural elements of the urban fabric, incorporating the topography, views, harmonizing patterns, textures and materials, are ways of creating links between places and projects, transmitting legibility, order and harmony. This is what is recognized as urban-landscape integration and translates into a better quality for the environment.

The proposal is integrated into the urban-landscape environment articulated through the proposed path, the visual relationships and the slope of the terrain in which they have been superimposed over 2800 years: cabins of the Turdetan town, houses and wall of the Iberian city, Roman basilica, Byzantine-Visigoth buildings, Andalusian fortress, until reaching the current situation with the visualization of the Hermitage of Nuestra Señora de los Remedios and the Renaissance Parish Church of San Pedro. This “re-geography” is a key integration strategy, since it does not superimpose any element that interrupts the vision or prevents a stratigraphic historical interpretation inscribed in its landscape environment (Monte de la Virgen).

But the project not only dialogues with the archaeological remains and heritage elements, but also with the hamlet and contemporary facilities such as the Archaeological Museum of Cártama (MAC), located at c. Rey Juan Carlos I, very close to the project site, and there is even the possibility that in the future, the City Council may acquire a property that allows connecting the MAC and with the place, where the archaeological remains are located. This possibility has also been contemplated in the proposal, so that if it happened, access to both spaces would be in continuity.

The journey through the different spaces, the ramp and the walkways, make possible not only accessibility, but also legibility of the whole, enhancing an almost choreographic experience between the visitor, the place and the landscape.

In the same way, in the composition of the new public space, the axes and regulatory lines (2D and 3D) of the aforementioned heritage elements have been taken into account.

This choreographic juxtaposition of cultures is also reflected in the choice of materials, especially the pavements, which with small pieces of different sizes, textures and tones, end up composing a whole where the museum is the place.

General axonometry of the proposal: 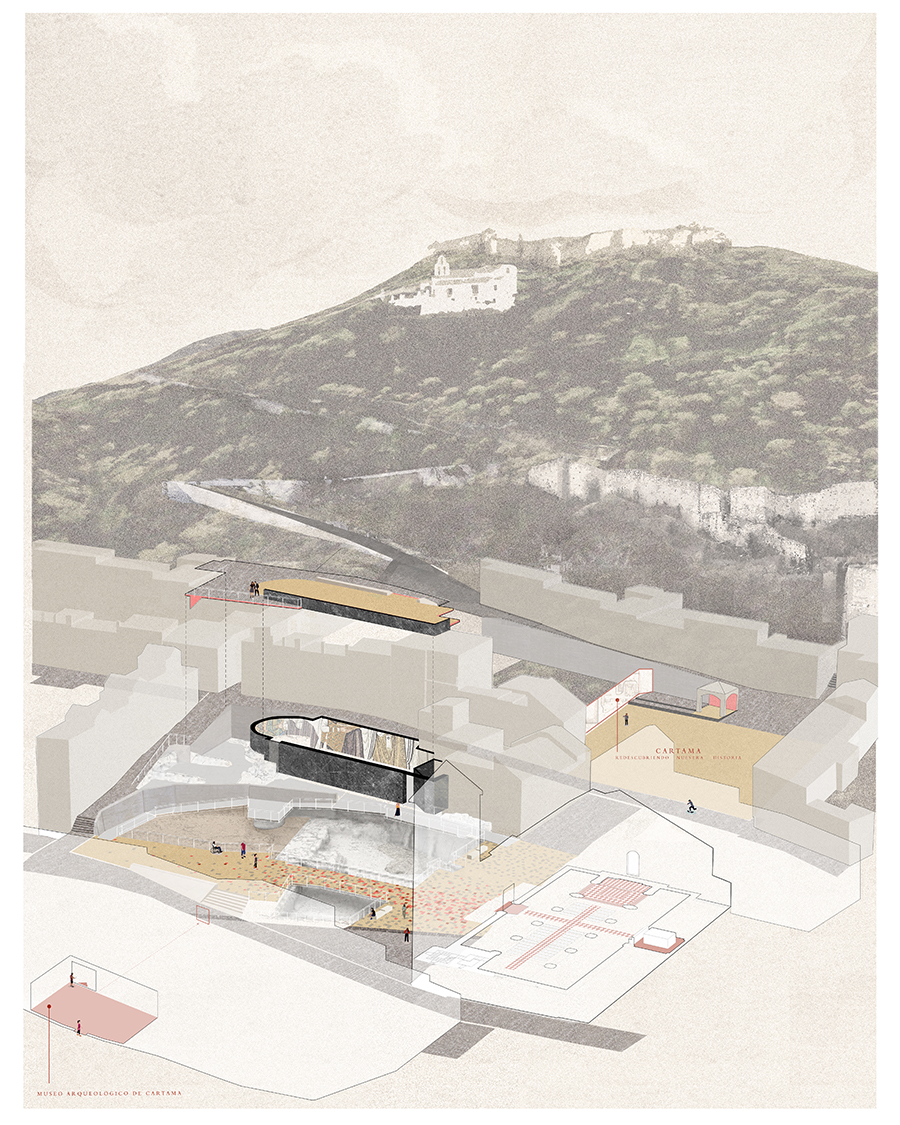 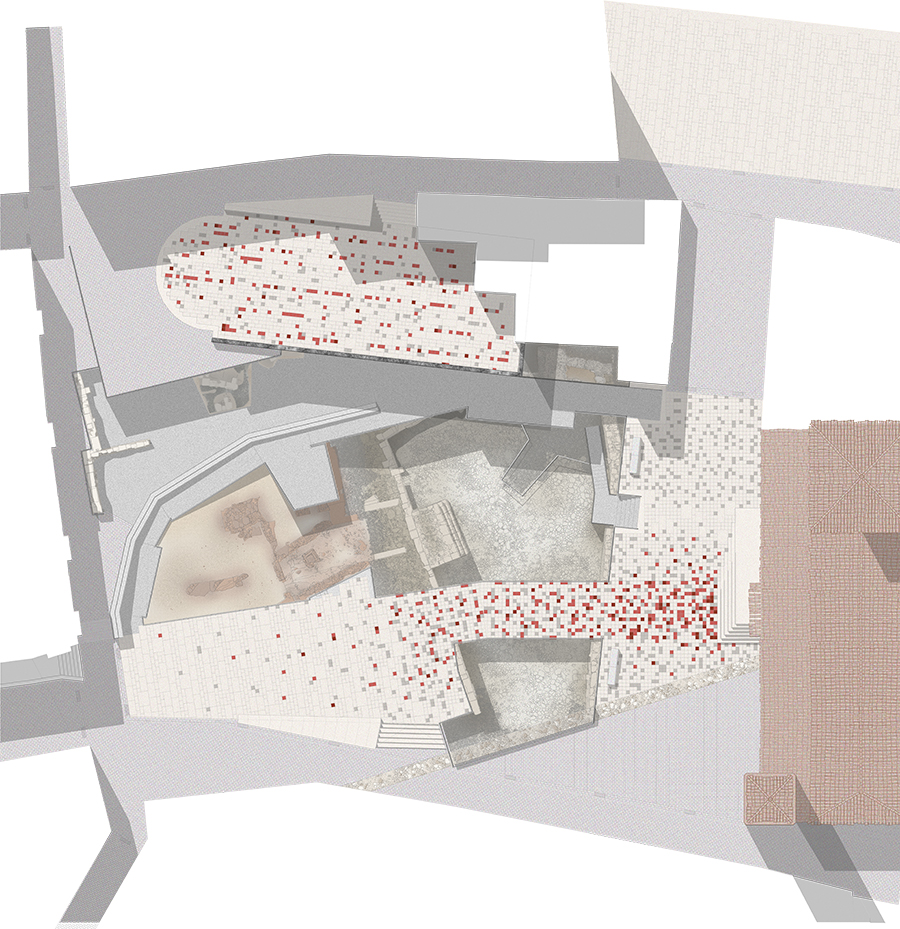 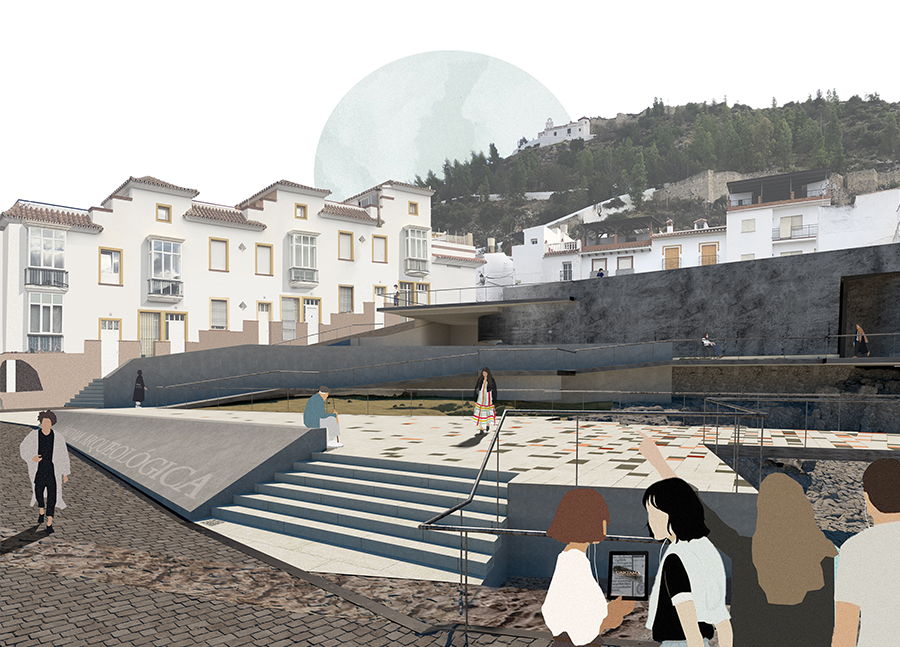 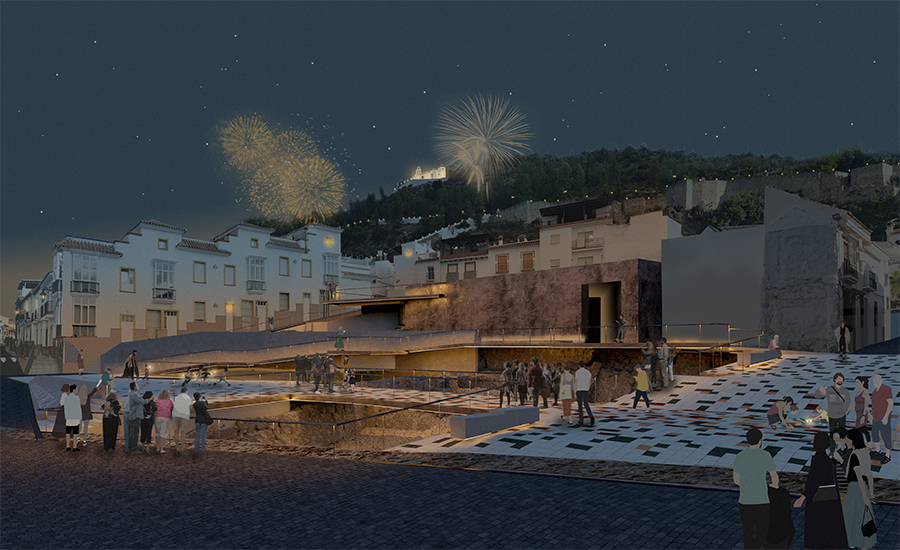