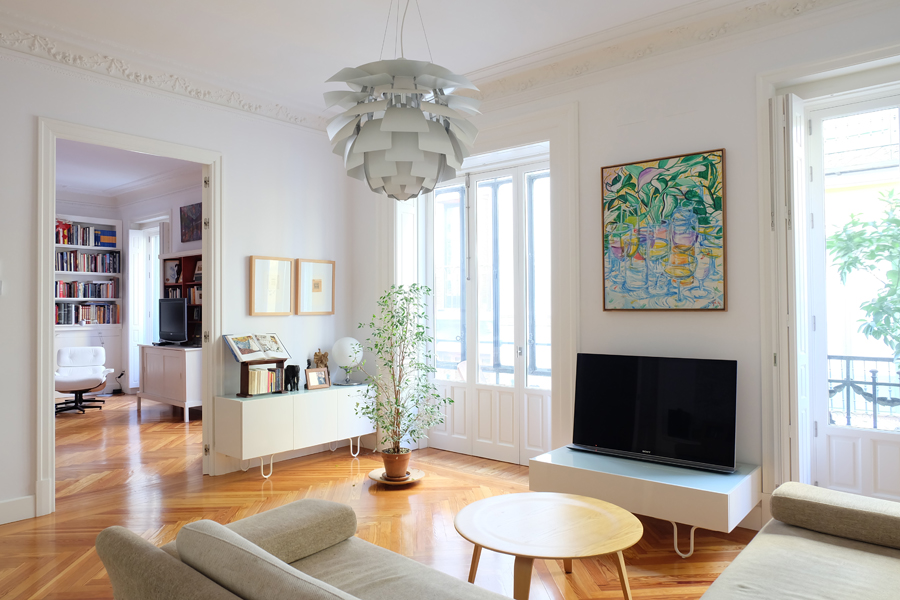 The project responds to the need to reconcile family and working life in a city like Madrid. The challenge was finding the space for a house and our professional studio in the center of the city. We finally found it in a building located in the neighborhood of San Antón, now known as Chueca, near the Gran Vía.

The spatial conditions of the place are those of an aristocratic building of the early twentieth century, with high ceilings, fireplaces as heating medium and an intelligent game of courtyards to encourage cross ventilation. The house had not been renovated since it was built almost 100 years ago, forcing us to an intense rehabilitation to conserve the existing moldings, fireplaces, radiators and other old elements. At the same time all these elements had to work together with the technology required by an architectural office and the modern lifestyle in the city.

Thus, the front of the house, where you could feel the atmosphere of the early twentieth century, was used as housing, clearing the back area, with a separate entrance, to accommodate our office in a modern and open space. For that reason we used the vintage radiators for the house, while under- floor heating was used for the office. We also took advantage of the different heights of the ceiling for an air conditioning circuit. In the same way the materials used pursue to unify the space and help to establish a dialogue between the techniques of the early twentieth century and those of the twenty-first. 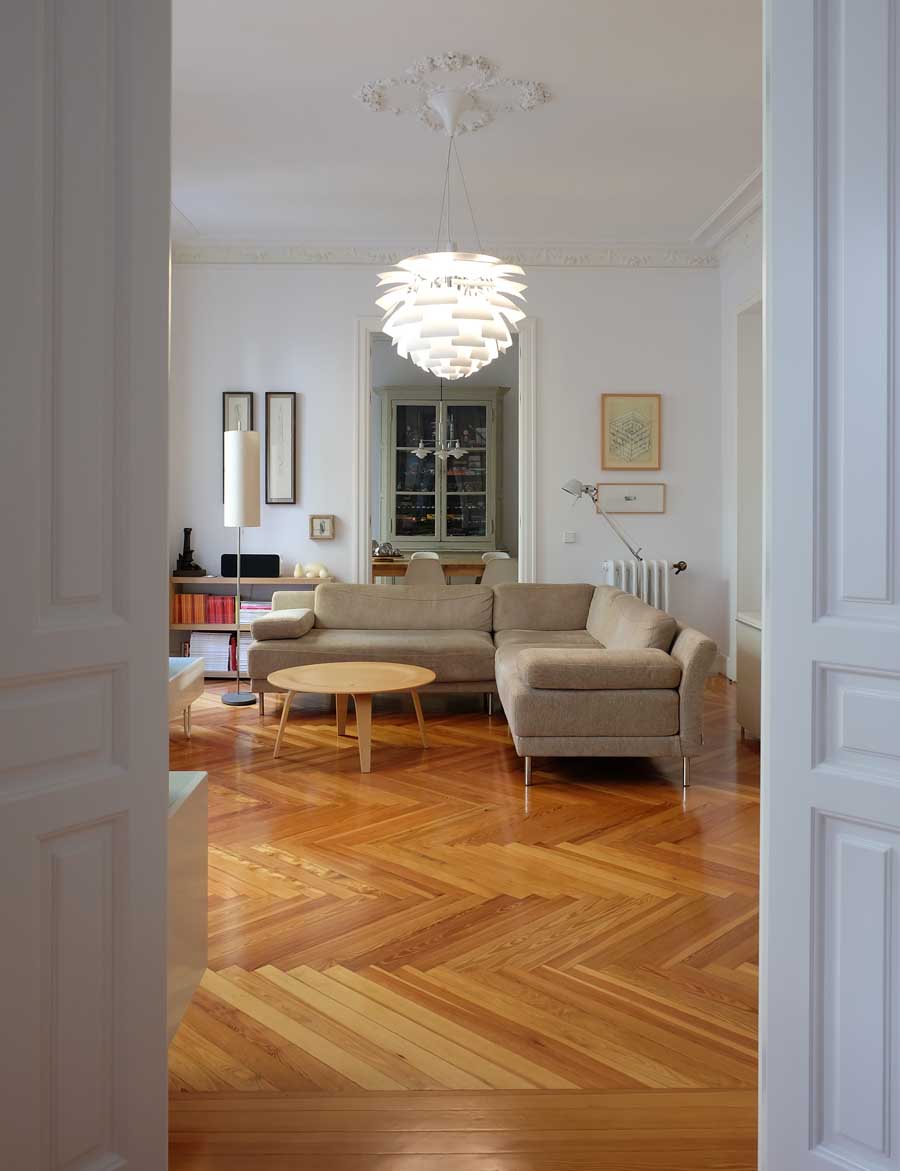 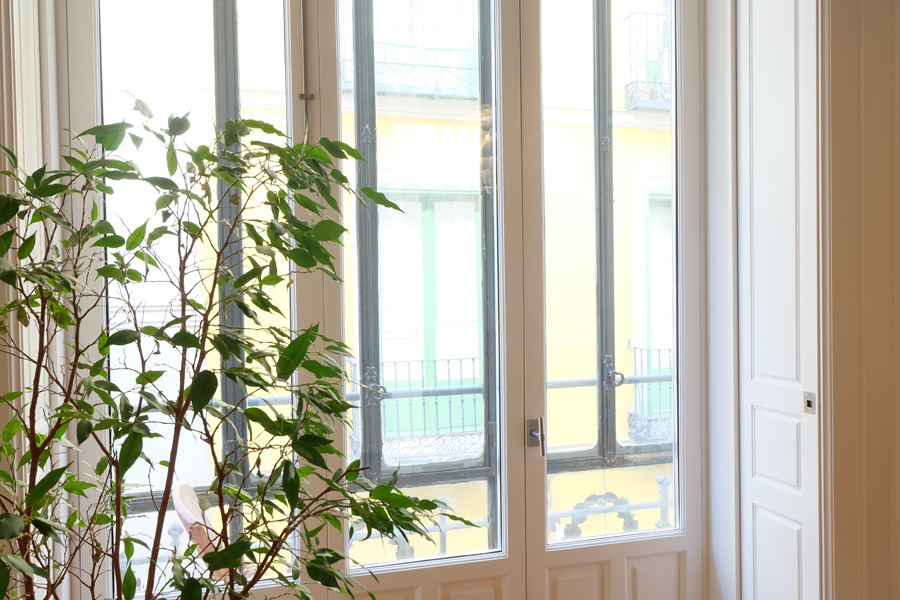 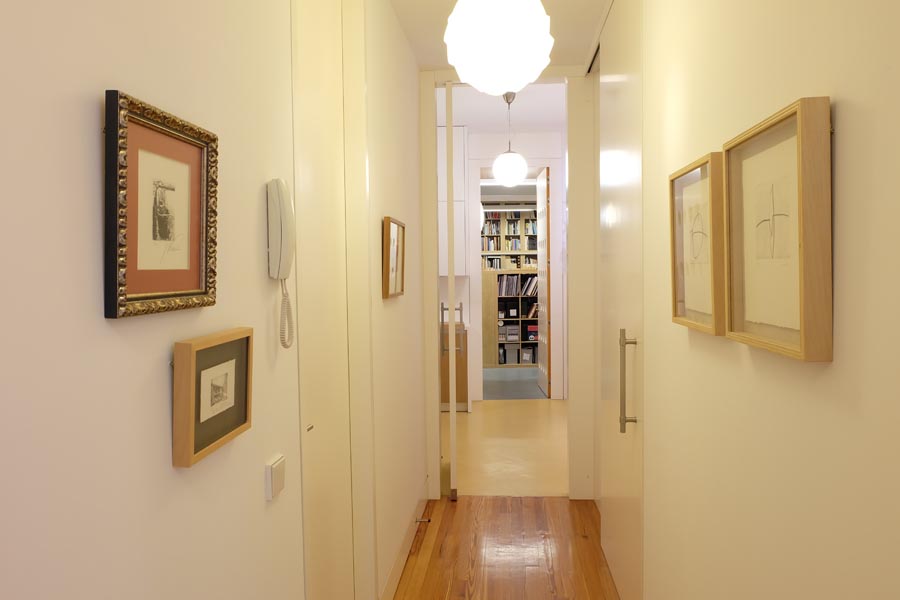 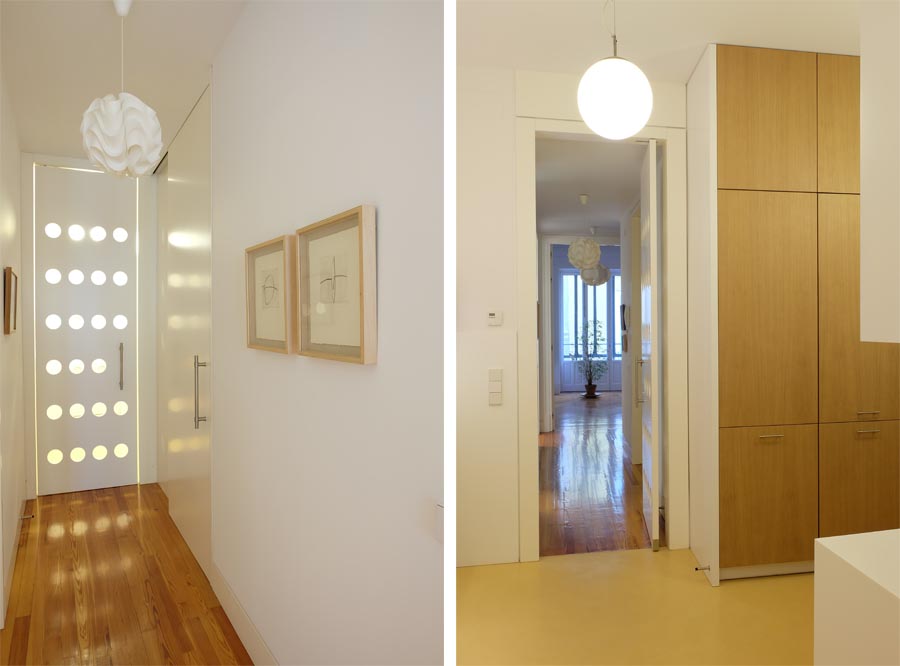 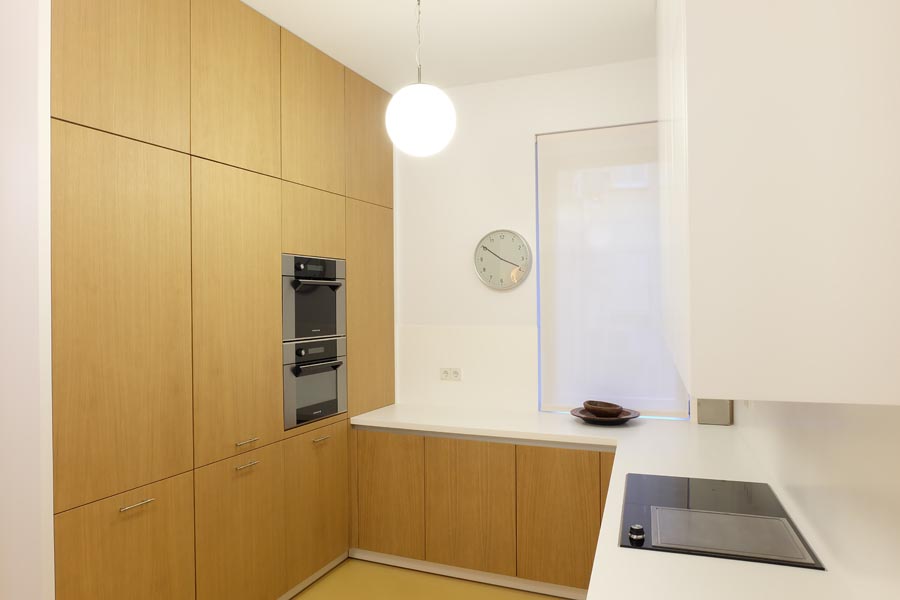 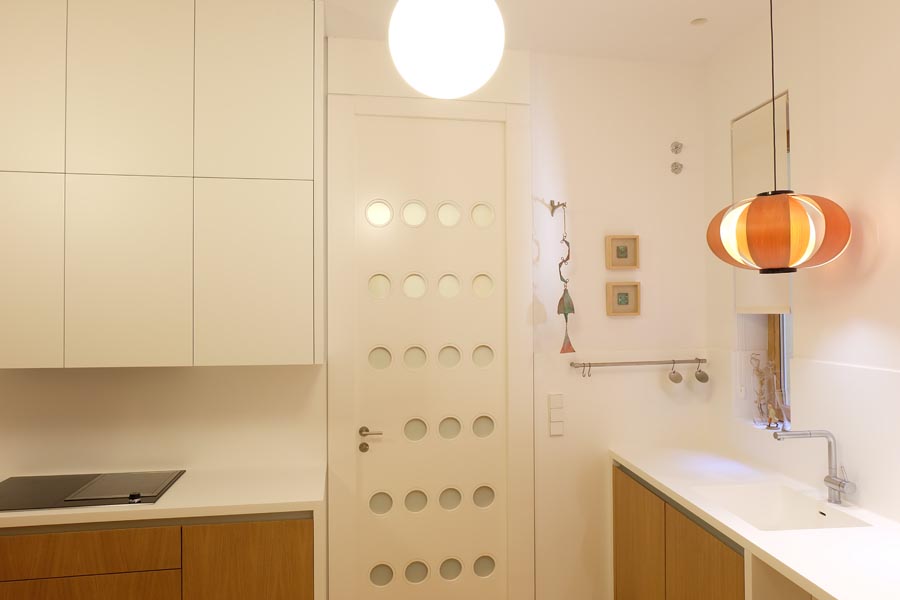 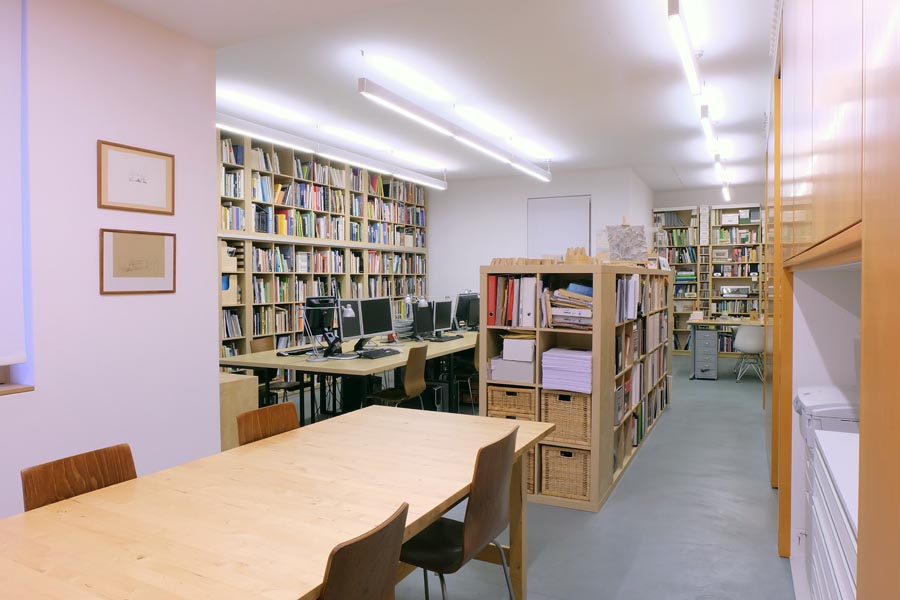 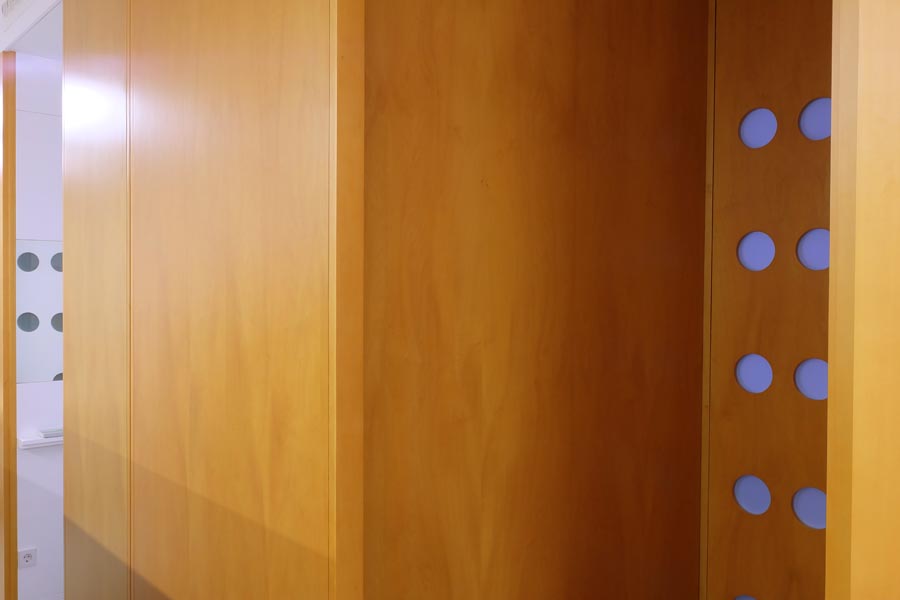 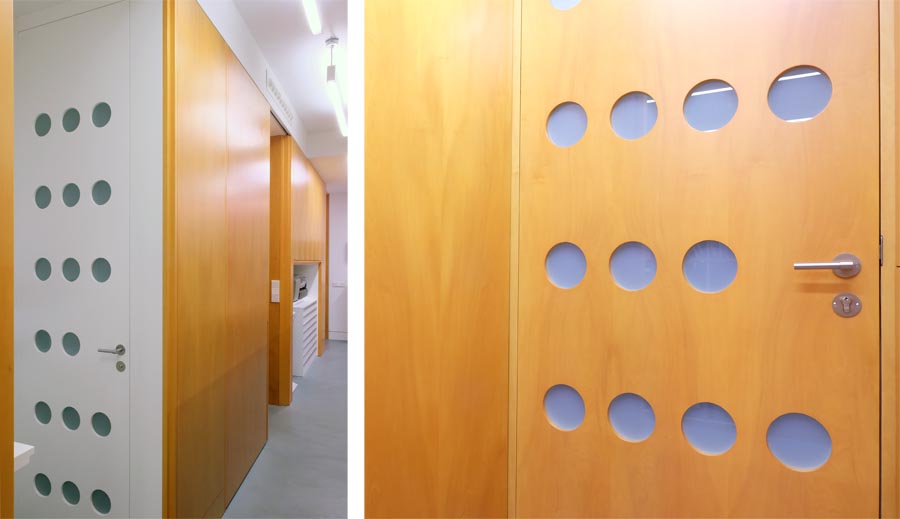