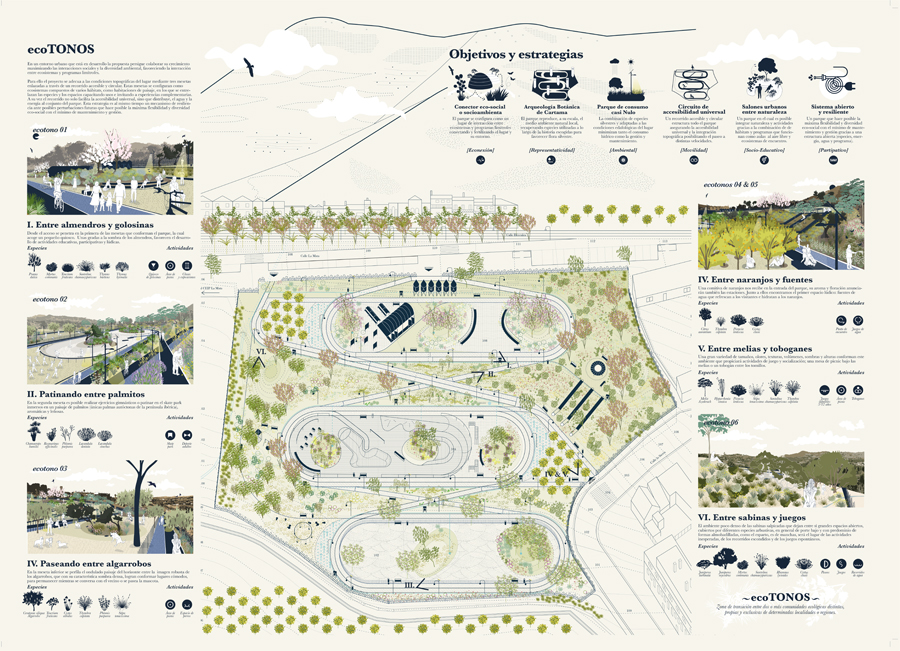 Proposal for the competition announced by Cartama's city council to design a park next to La Mata School.

ECOTONOS, (oikos or house) and tono (tones) is the transition zone between two or more different ecological communities, own and exclusive to certain localities or regions combined with different programmatic situations. In an urban environment that is under development, the proposal seeks to collaborate in its growth by maximizing social interactions and environmental diversity, favoring the interaction between ecosystems and neighboring programs. For this, the project is adapted to the topographic conditions of the place through three plateaus linked through an accessible and circular route. These plateaus are configured as ecoTONOS, as landscape rooms in which species and spaces intertwine, enabling uses and catalyzing complementary experiences. A route that not only facilitates universal accesibility (at two speeds). but is also the infrastructure that distributes water and energy to the park as a whole. Modularity, ecological variability, diversity, and multifunctionality of environments and experiences at the same time suppones a mechanism of resilience against future disturbances, ensuring the maximum eco-social diversity over time with the minimum of maintenance and management.

Between orange trees and water playground 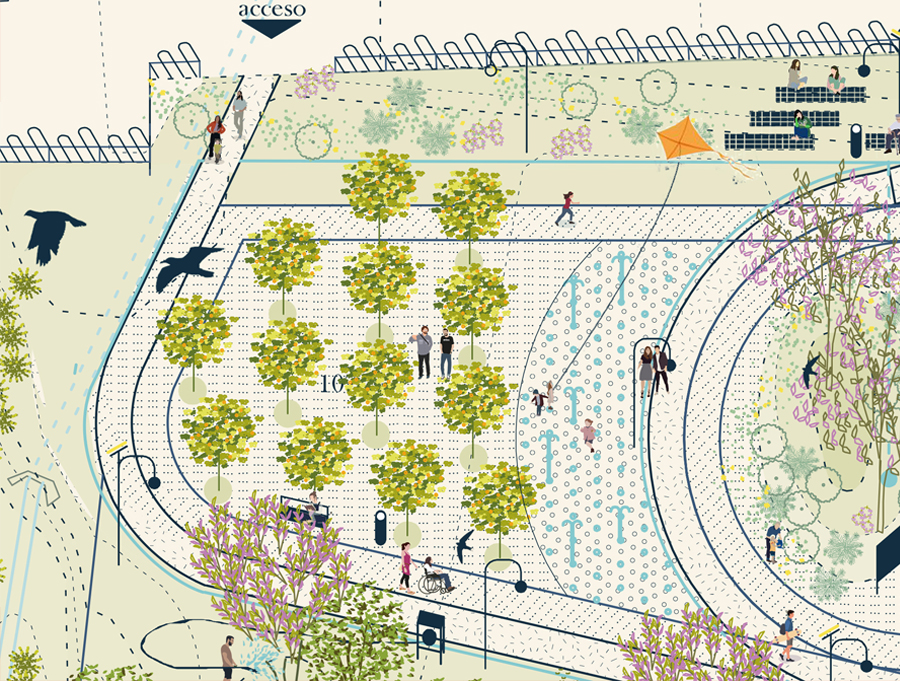 Between almond trees and candies: 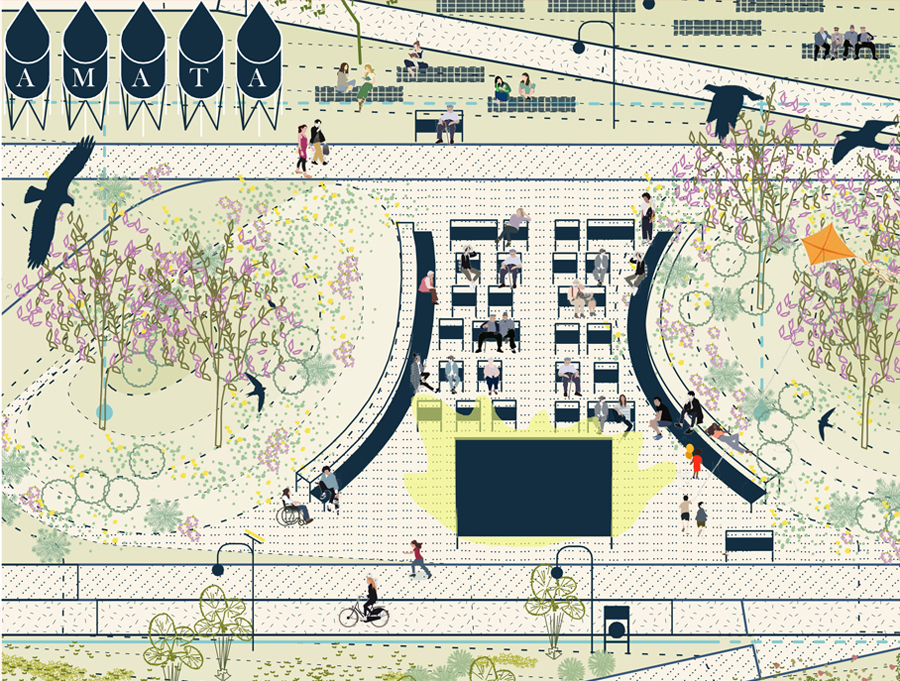 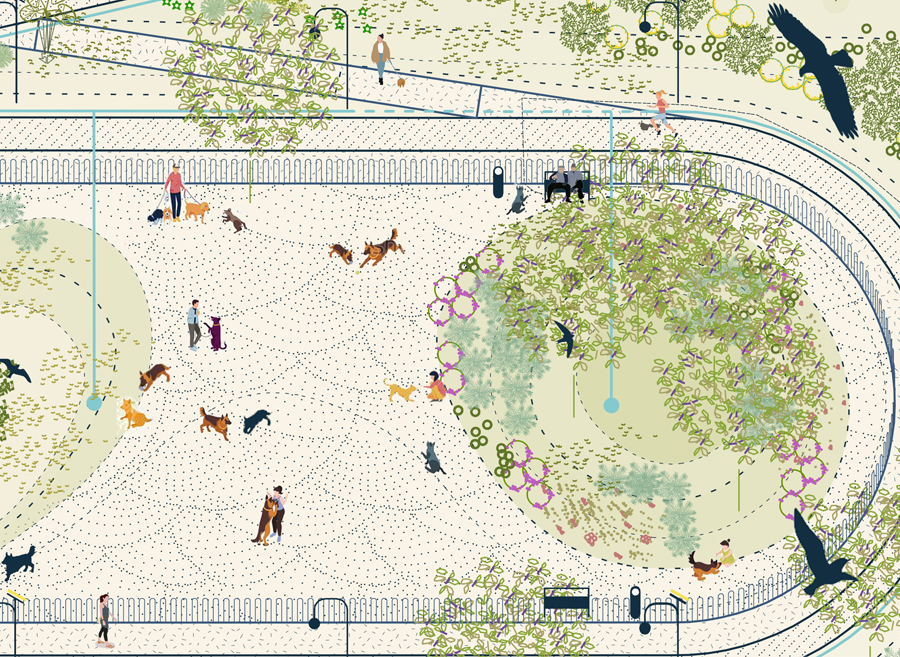 Skating through the palm tree nursery: 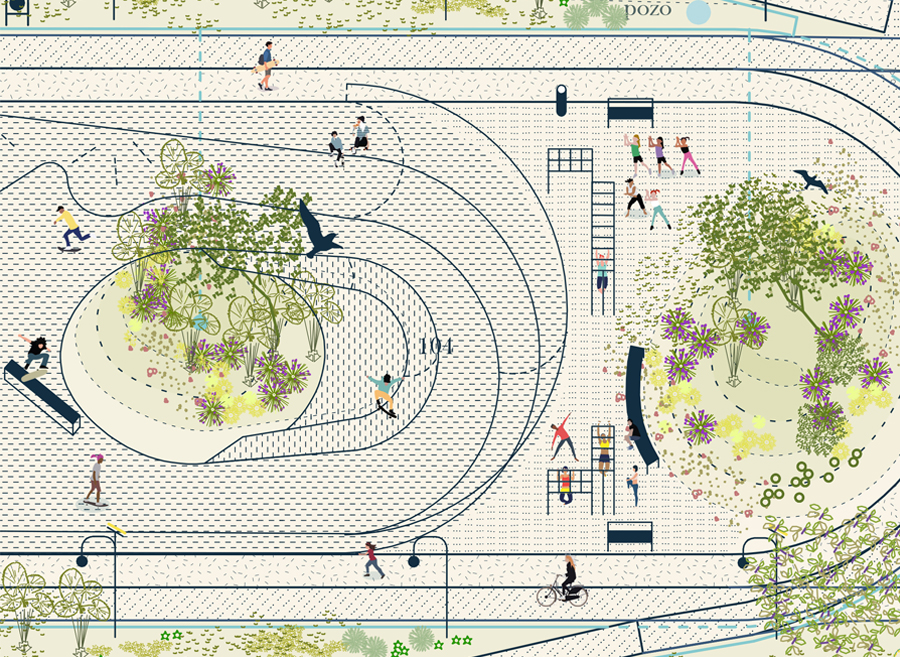 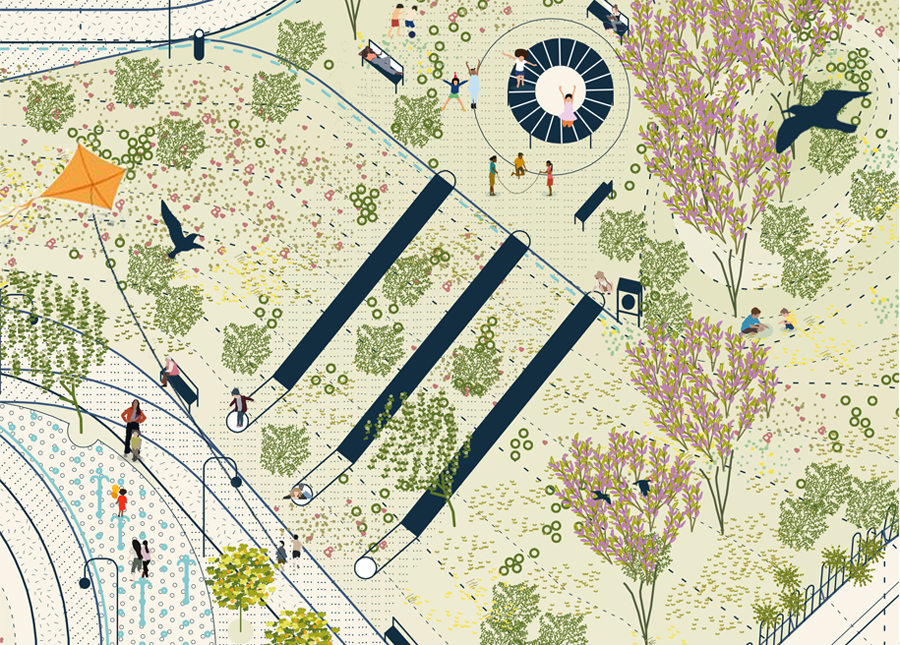 Images of the park: 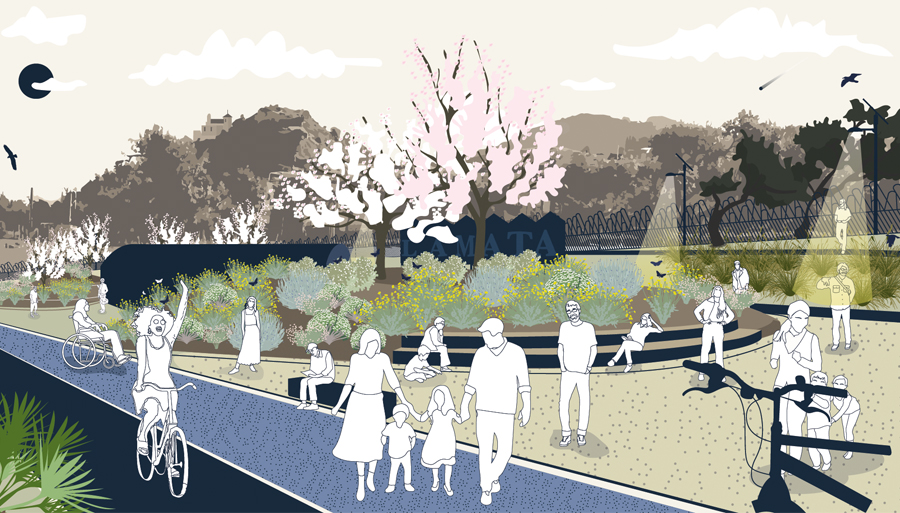 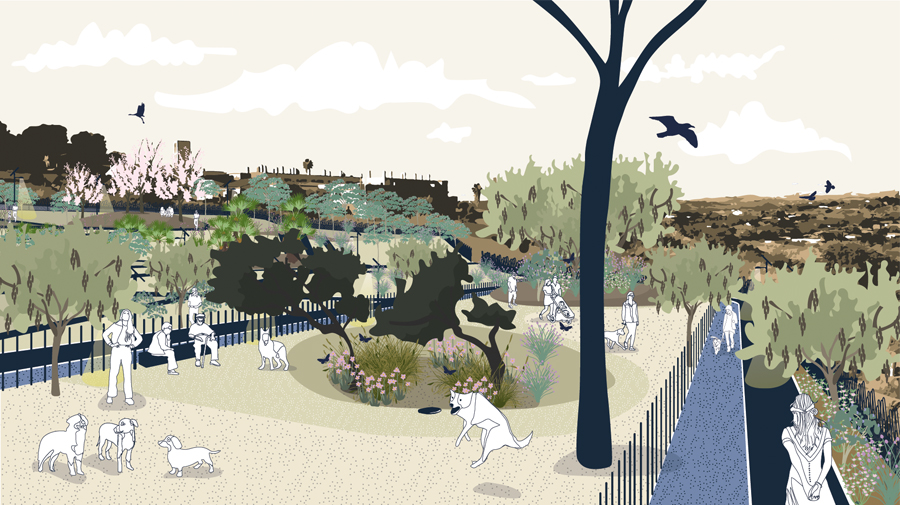