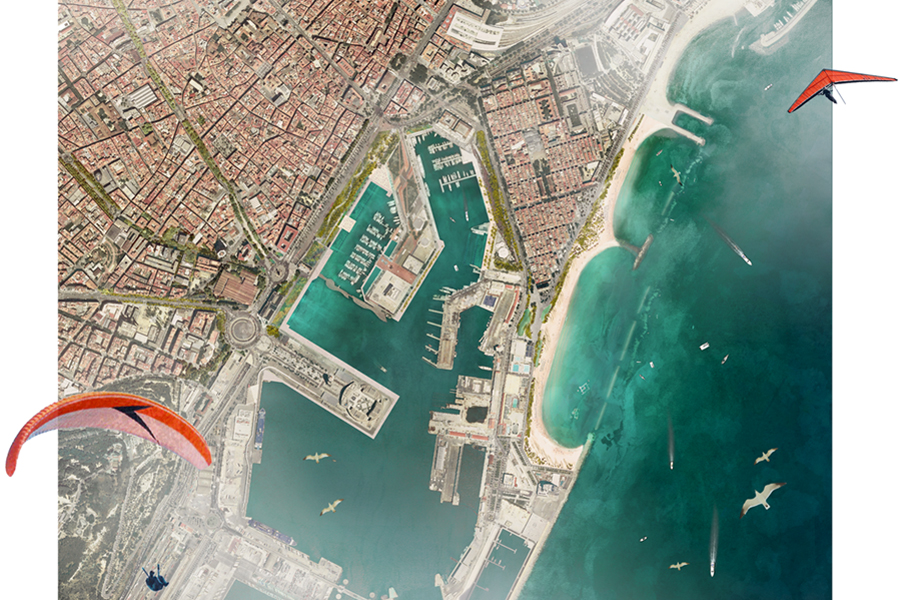 Strategies to improve the coastal interface in Barcelona

Barcelona's City Council has prepared the document "Pla Litoral" with the aim of organizing and visualizing the urban spaces of the seafront with a joint approach, which had never been considered before. In the context of the climate emergency declared by the city of Barcelona (January 15, 2020), to the opportunities detected by the Coastal Plan itself, it is necessary to add a radical environmental reflection that takes into account the fragility of this space and takes into account the relationship between the city and the sea. This space can no longer be treated in the same way, being necessary to generate strips of environmental transition and risk management, as well as spaces of functional exchange (which have been the ports historically). This study aims to highlight a strategic vision of the coast from the point of view of adaptation to climate change and the resilience of the systems that make it up.

The release or vacansy of certain spaces of the port-coastal front opens the possibility of generating new ways of relationship between the city and the sea, incorporating new uses, as well as new infrastructures and urban spaces.

The study aims to exemplify at the scale of urban public space, concrete actions that have as a design driver the resilience of the entire waterfront. For these proposals, the area of the seafront between the Moll de Barcelona, where the World Trade Centre is located, the Barceloneta beach to the east and the Ronda Litoral has been chosen. An area where it has been possible to verify through various studies carried out by the Laboratory of Maritime Engineering of the UPC, Barcelona Regional and the AMB, that it will be possible to perceive the extent of the variation of coastal dynamics due to the effects of climate change, in particular the increase in intra-port agitation and the rise in the average sea level.

Actual management model of water infrastructure and sanitation and its connection to the sea: 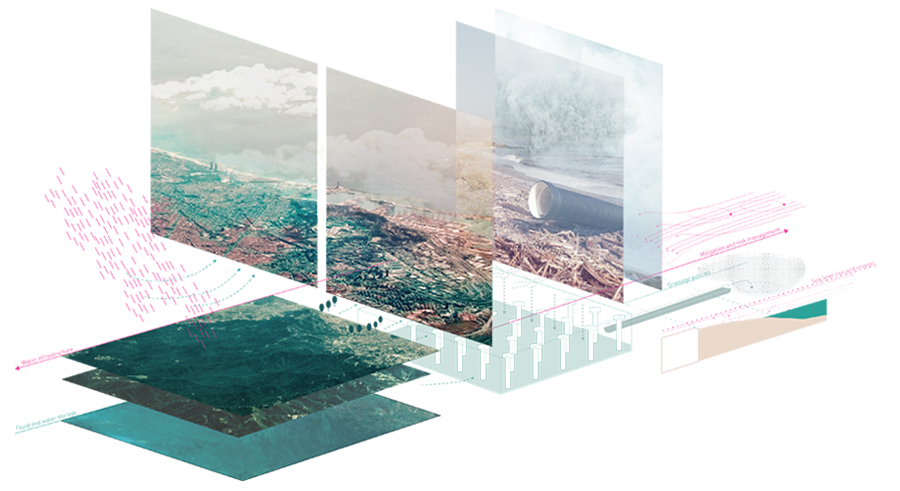 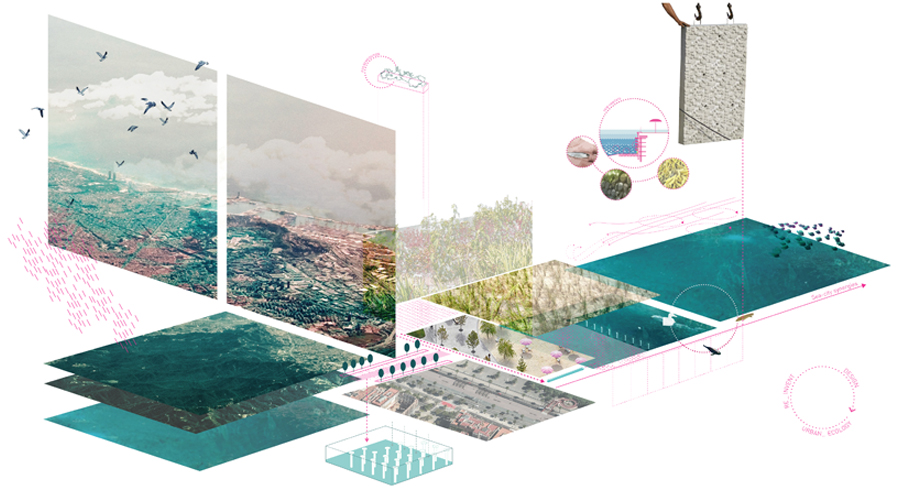 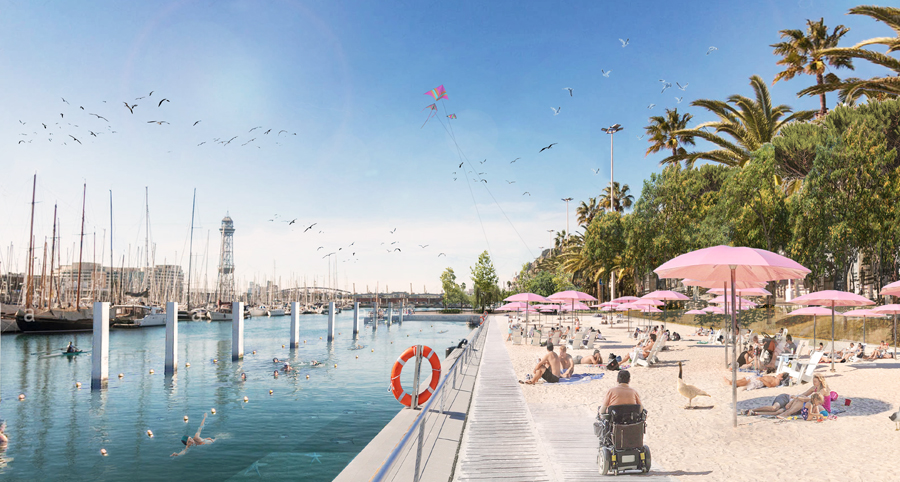 Moll de Drassanes. Revision of spillways and discharge points of urban sewerage would rebound in the insertion of elements for filtering and draining the water prior to its contact with the sea: 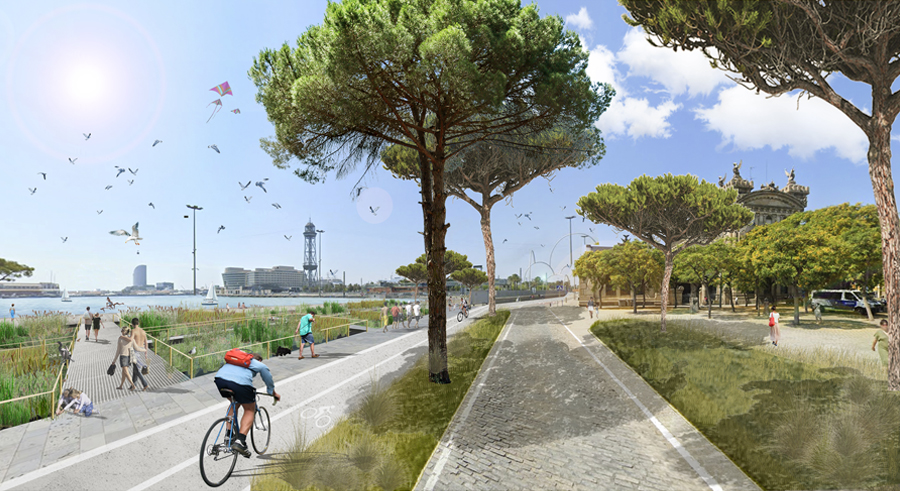 These "sponge" devices would form part of the structure of urban sustainable drainage systems and would increase the ecological variability of species that occur in urban public spaces on the coast: 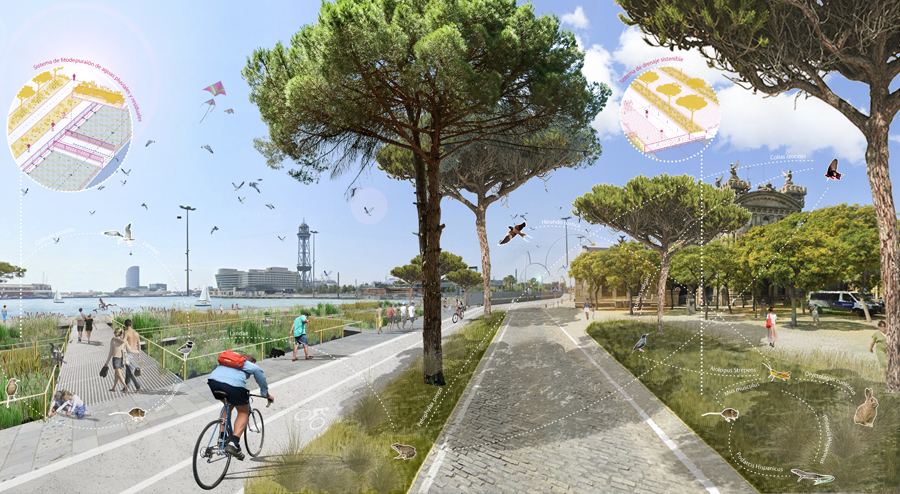 Different remedial and adaptation devices to climate change that can occur in portuary areas of Barcelona and that catalyze various ecosystem services are studied: 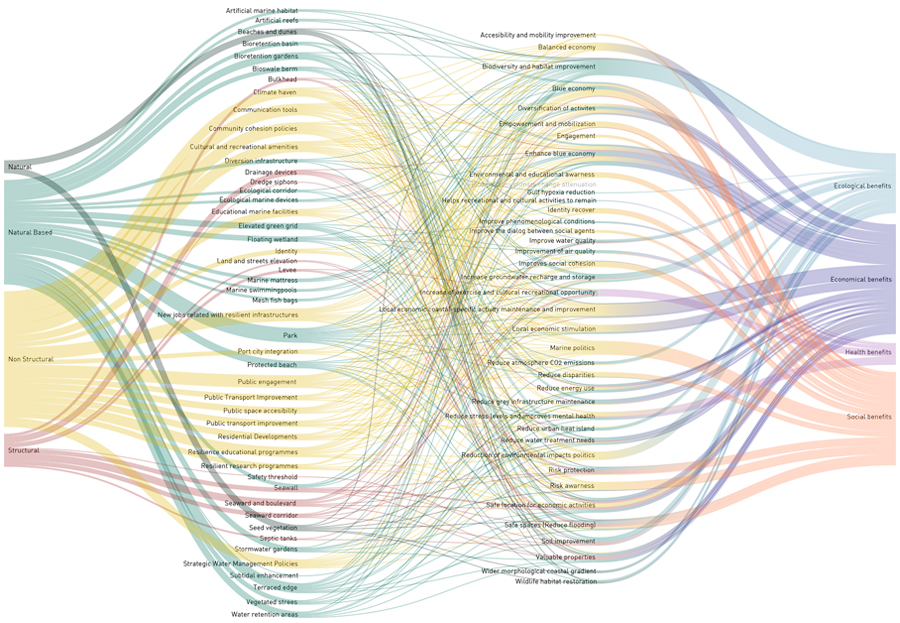