La Manga del Mar Menor coastline is located in the southeast of the Iberian Peninsula, in the Region of Murcia. It's a length is  about 20 kilometers, the width that varies between 100 and 1,200 meters and extends from Cabo de Palos to the Salinas and Arenales de San Pedro del Pinatar.

La Manga is the cause of the formation of the Mar Menor, the largest coastal lagoon in Spain. La Manga and the Mar Menor form a unique geomorphological and ecological element, pressured by urban development and activities linked to tourism. For this reason, it is configured as an element highly exposed to the coastal impacts of erosion and flooding derived from climate change.

The definition of an adaptation plan for the coast against the effects of climate change requires the definition of strategies to reduce risk. To do this, action must be taken individually or jointly on the components of that risk: the danger and the impacts, exposure or vulnerability.

The different possible strategies to reduce the risk of erosion and flooding in coastal areas range from controlled abandonment, protection and accommodation, to advancement or progression towards the sea.

The project studies different areas affections due to climate change.

One of the areas studied is detailed below.

The Pudrimel inlet is a coastal stretch delimited to the north by the Pudrimel beach and to the south by the Esparto beach. It is an embedded system whose balanced plan form responds to the fit between the rocky points of El Pudrimel and El Cocedor. The marine dynamics are gentle due to the sheltering effect of the rocky ledges, especially at the ends of the cove, which has led to extensive urban development with invasions of the beach-dune system. At present, the system is in equilibrium, but the available width of the beach is very small in the north of Pudrimel and in the south of Cocedor beach, reaching less than 10 meters at some points.

In the future, the rise in mean sea level will produce a general retreat of the coastline that will make the emerged beach disappear and a significant increase in potential flooding. In 2050, the cove will lose a dry beach area of ​​8 ha and the 100-year return period event will generate a flooded area amounting to 34 ha, considering in both cases the mean of climate models and the 50% percentile mean sea level rise for the RCP8.5 scenario. 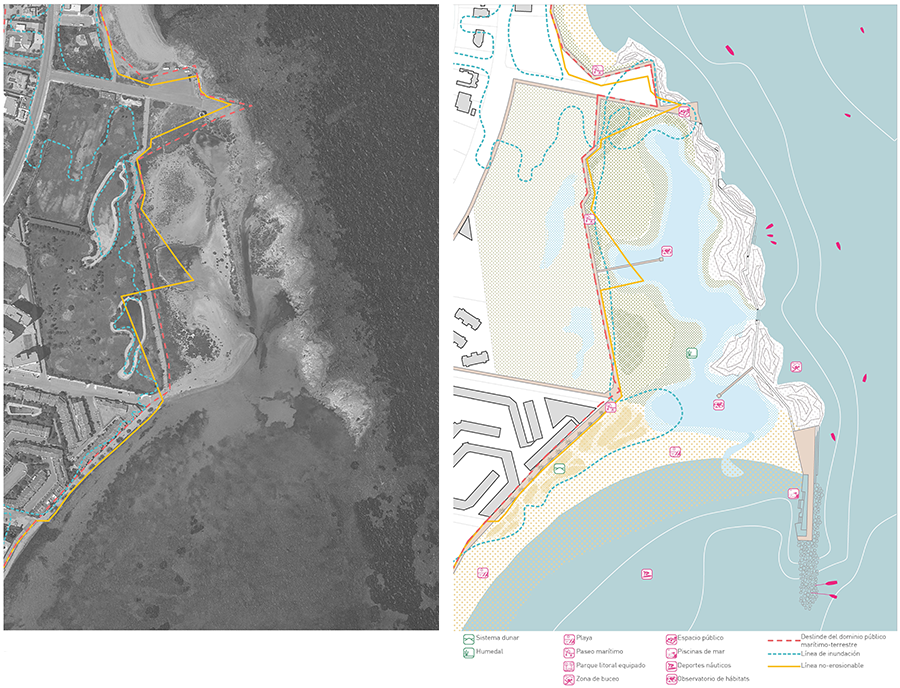 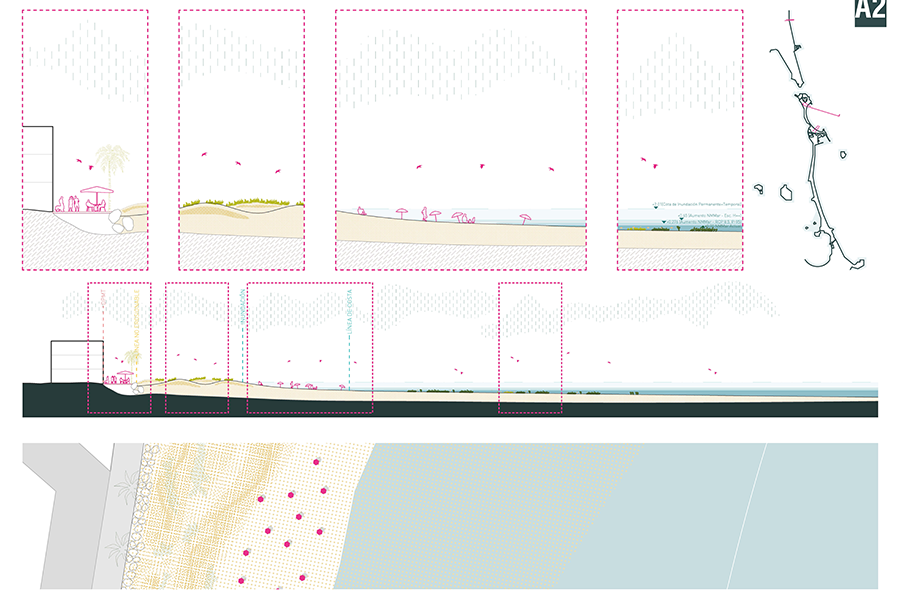