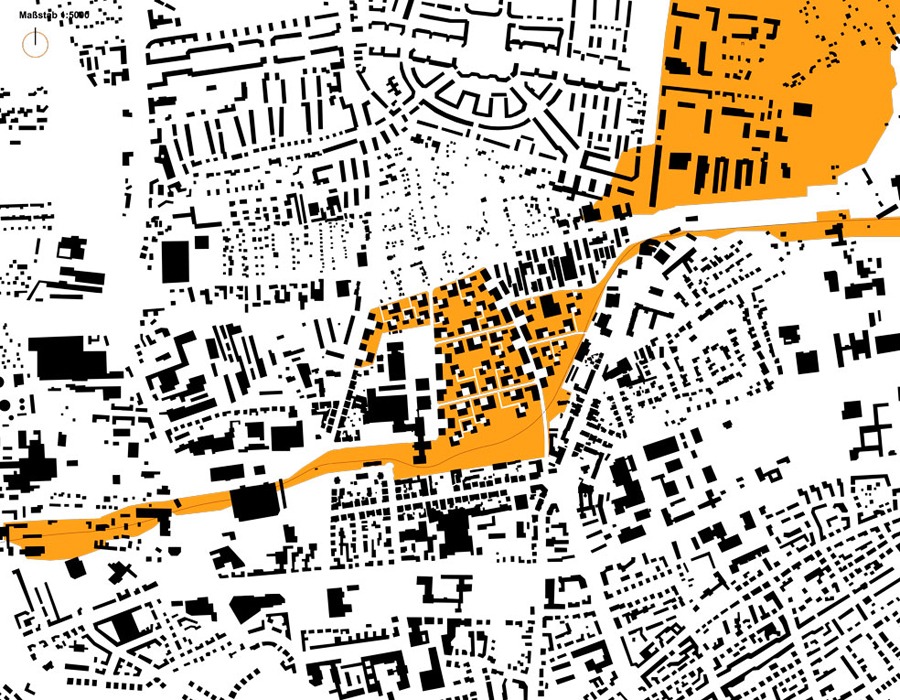 How do you configure a city that seems to be an increasingly complex and changeable reality?

We don’t propose a division of land, or a pre-designed urban fabric, but instead a process of controlled growth: a network of urban support that manages the suitability for building over time, demonstrating in the competition only a hypothesis of what could be. The result will be a porous fabric with a small carbon footprint; a chemical composition of urban elements, with a diversity of building scales open to the different parties that get involved in the planning.


The new fabric ‘solidifies’ at the edges, creating continuity in the streets, which limits road traffic, and ‘becomes aerated’ in the centre, creating an area for pedestrians and cyclists defined by a hierarchy of free space: a vast, public, green space programmed in continuity with the linear park, and a succession of free space under community management, open to collective design, temporary appropriation and re-programming in time, which will define the identity of the new neighbourhood. 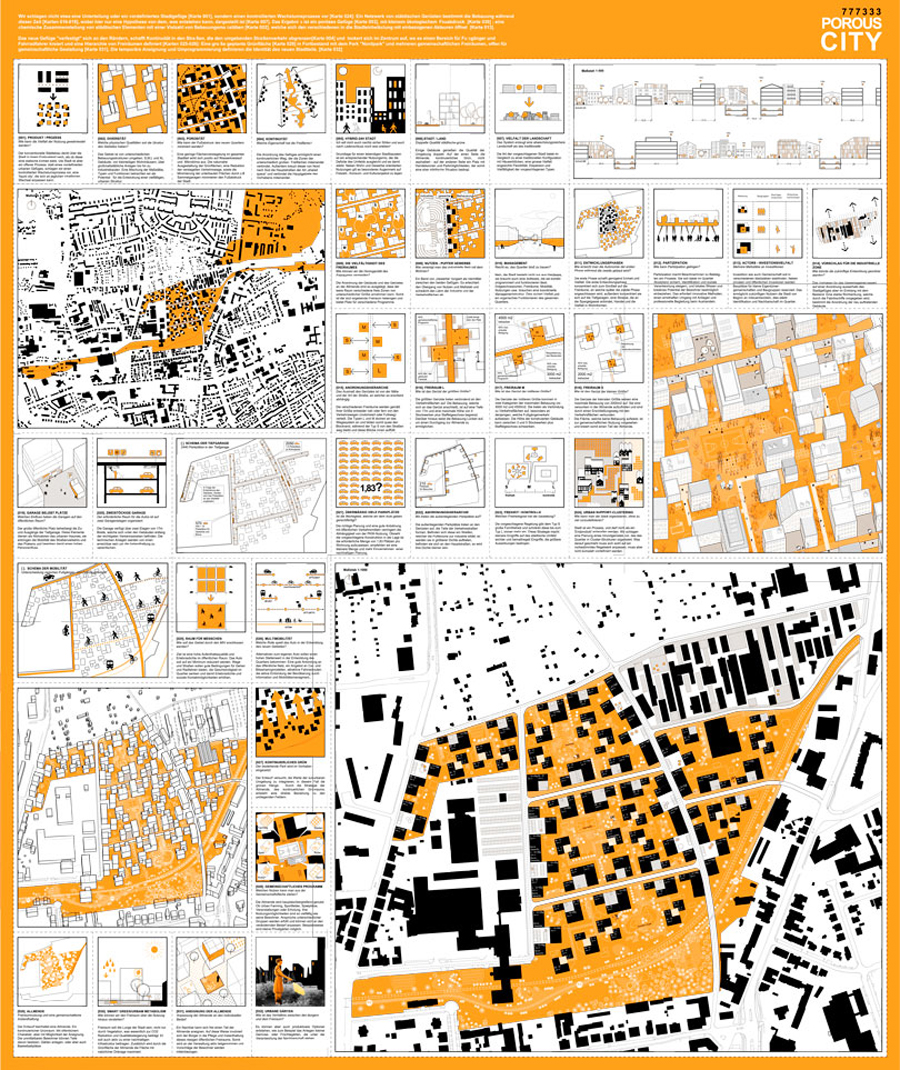 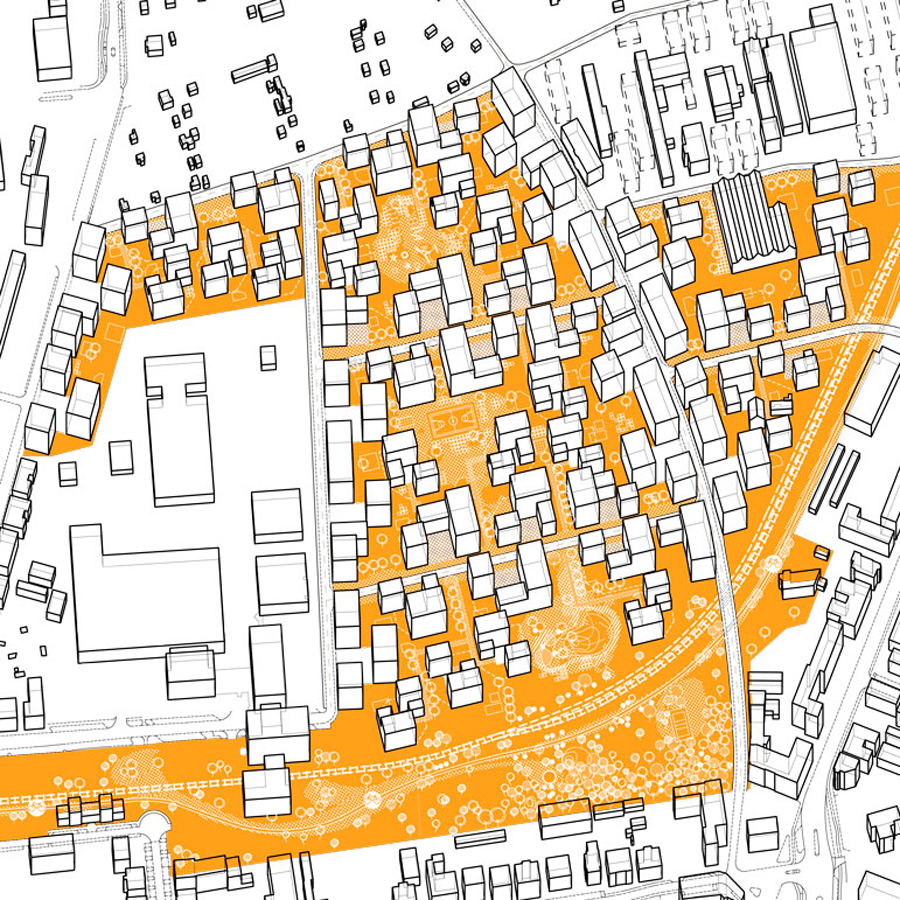 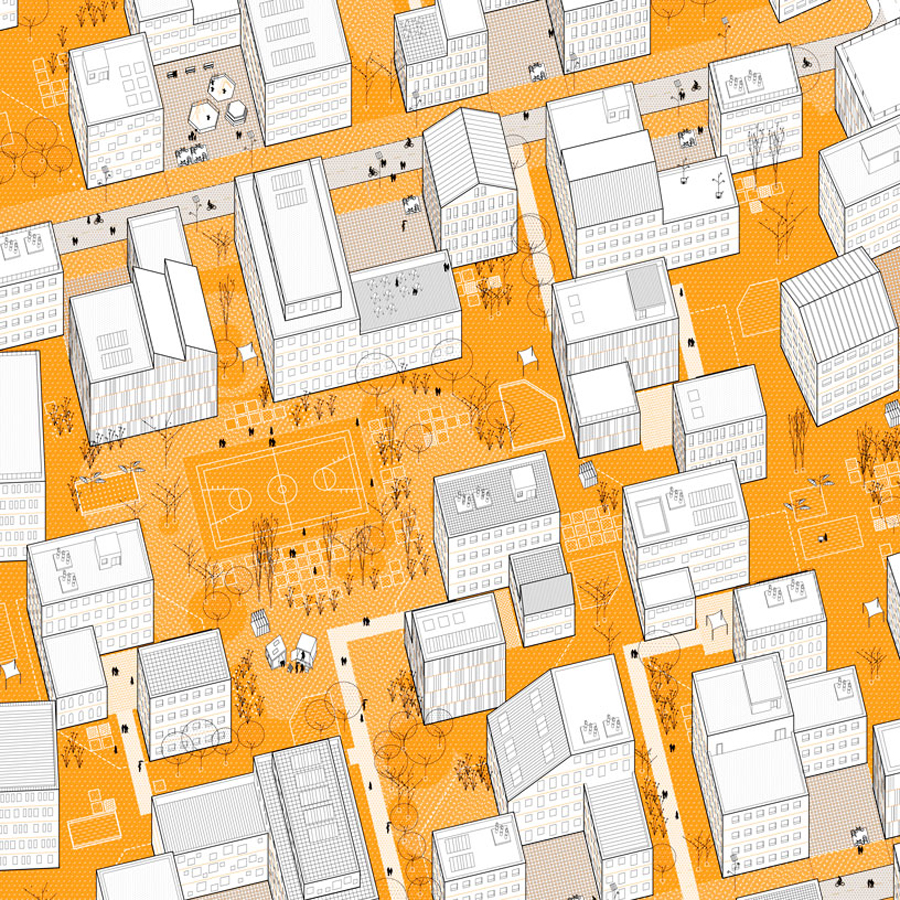