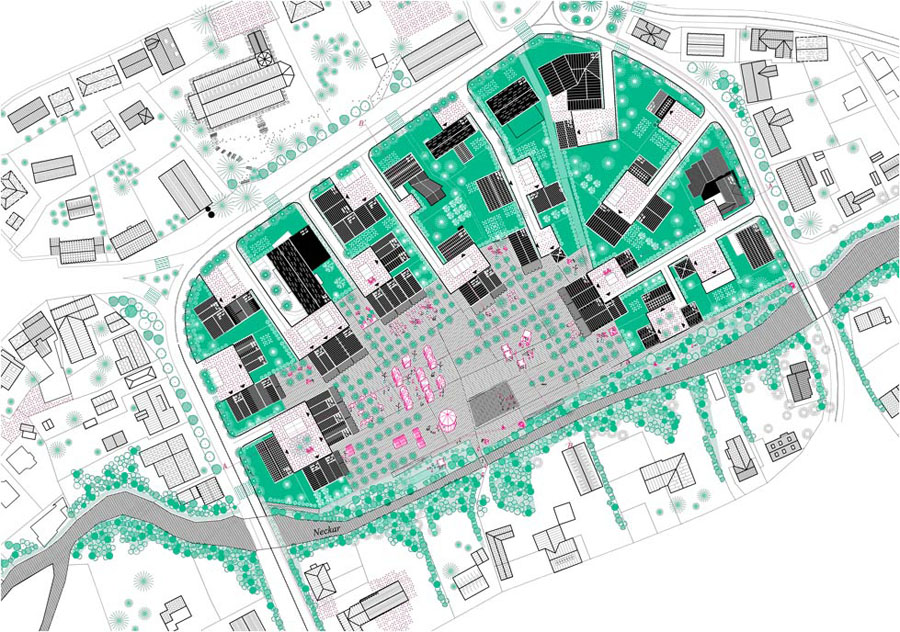 Restricted competition for the urban regeneration of the city center Deisslingen

The city council Deisslingen held a competition in order to regenerate its town center, creating a central square where multiple activities related to the city could take place, as well as housing, social and commercial uses.
In a territorial scale, our proposal is focused on creating a central space not only for the city of Deisslingen, but also for the smaller neighboring towns. This square is linked to the banks of the Neckar, and the pedestrian and cyclist mobility that develop along the river, which also connect with the existing forests in north and south. 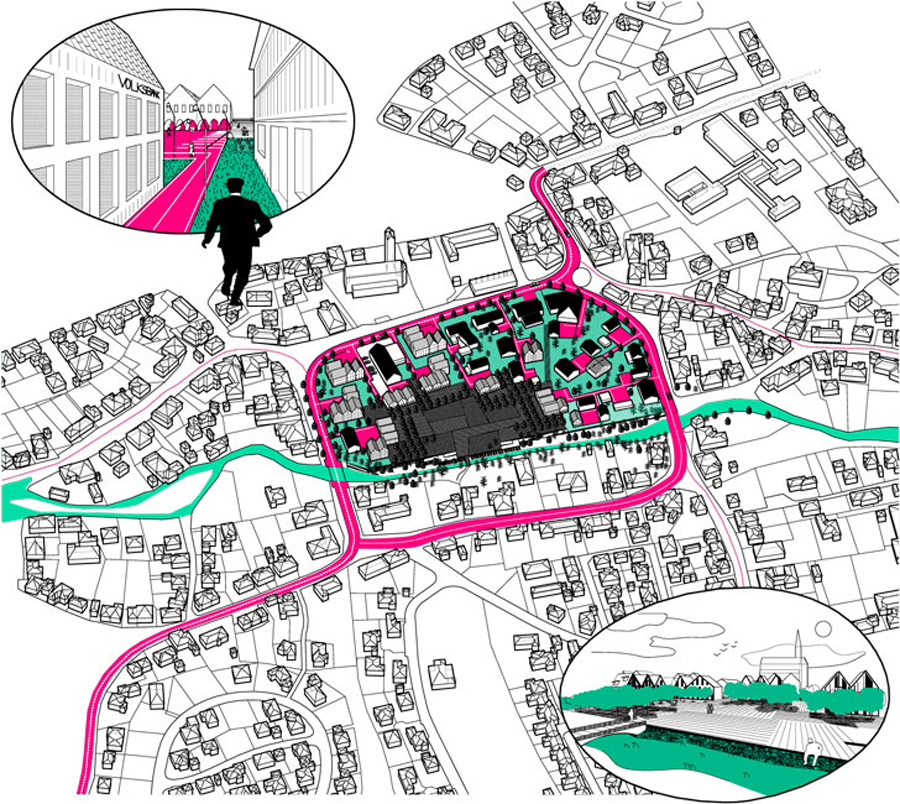 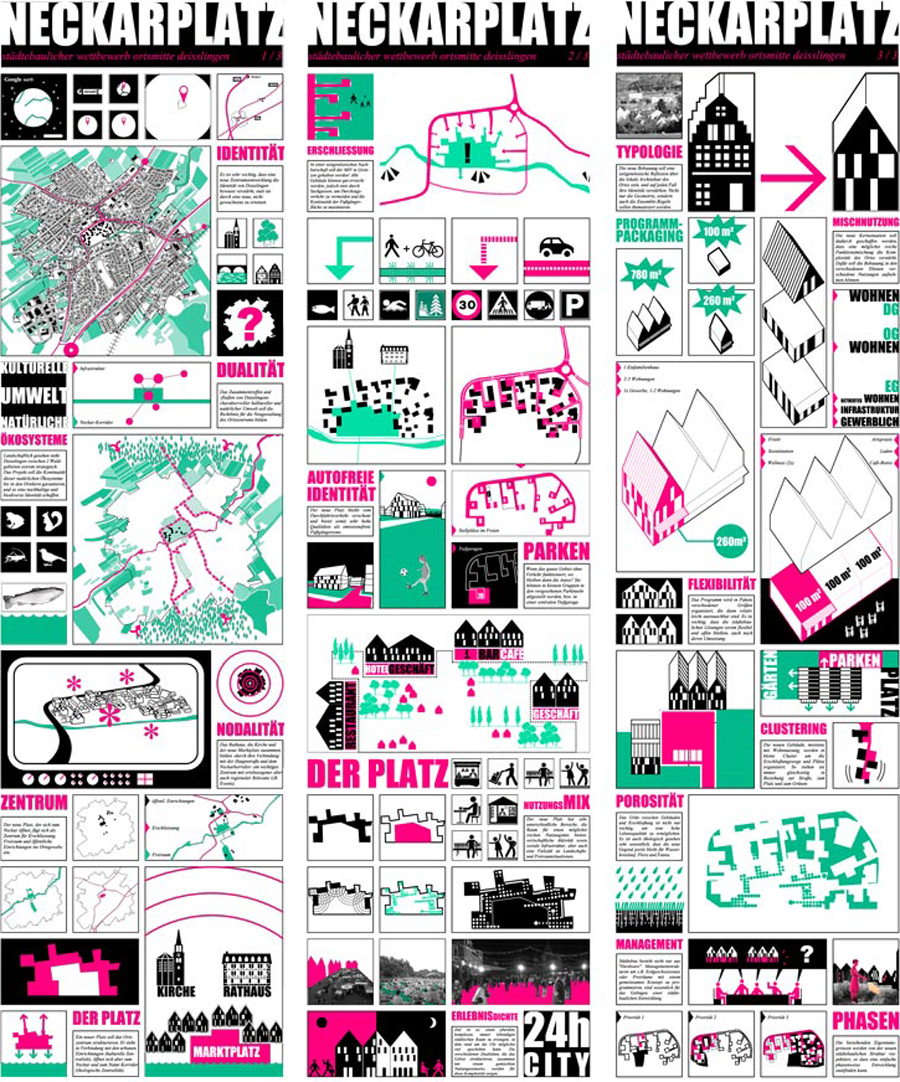