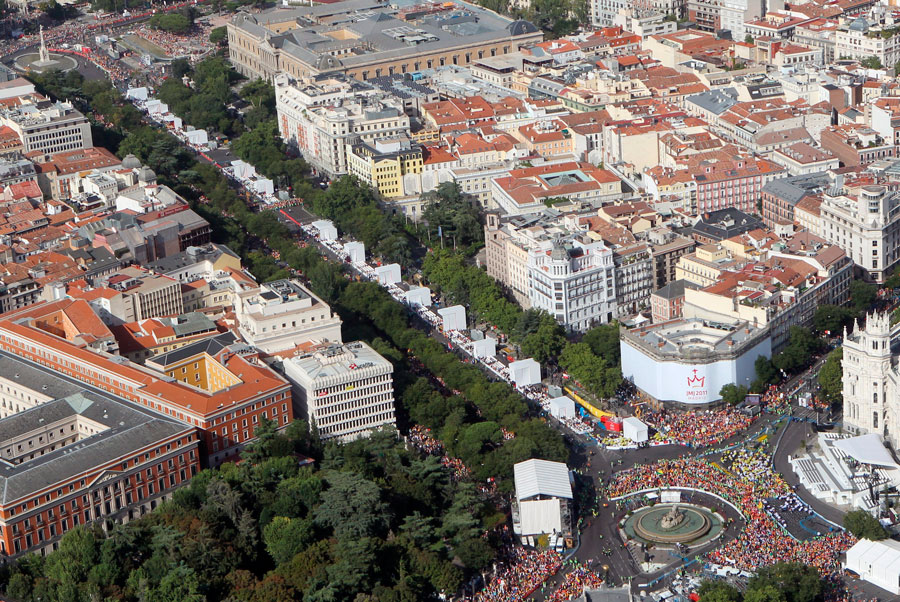 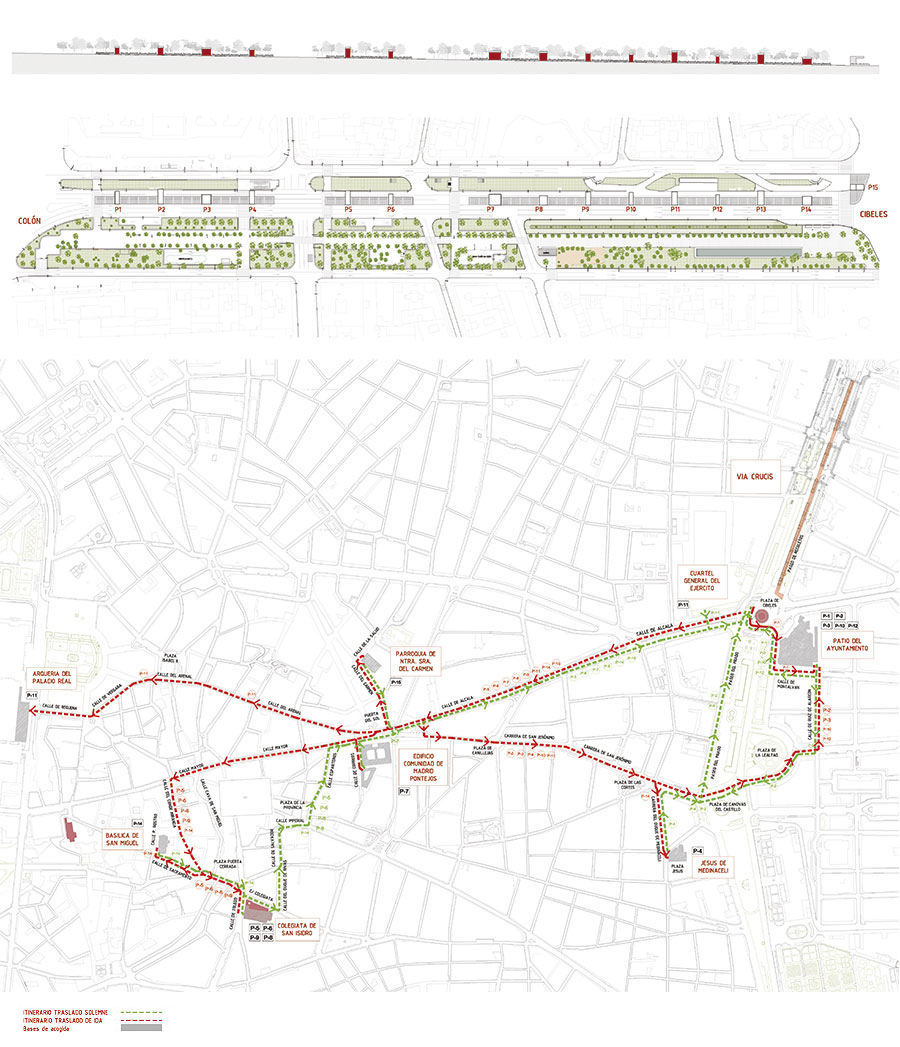 This project marked the World Youth Day 2011 and the visit of the Pope to the city of Madrid. The JMJ scheduled the Via Crucis to be celebrated on Friday 19 of August in the centre of the city.

In each station of the “Via Crucis” a stop representing a scene from the Spanish procession during the Holy Week was placed. The stops of the Via Crucis were located starting from Plaza de Colón,along the Paseo de Recoletos and ending in Plaza de Cibeles. 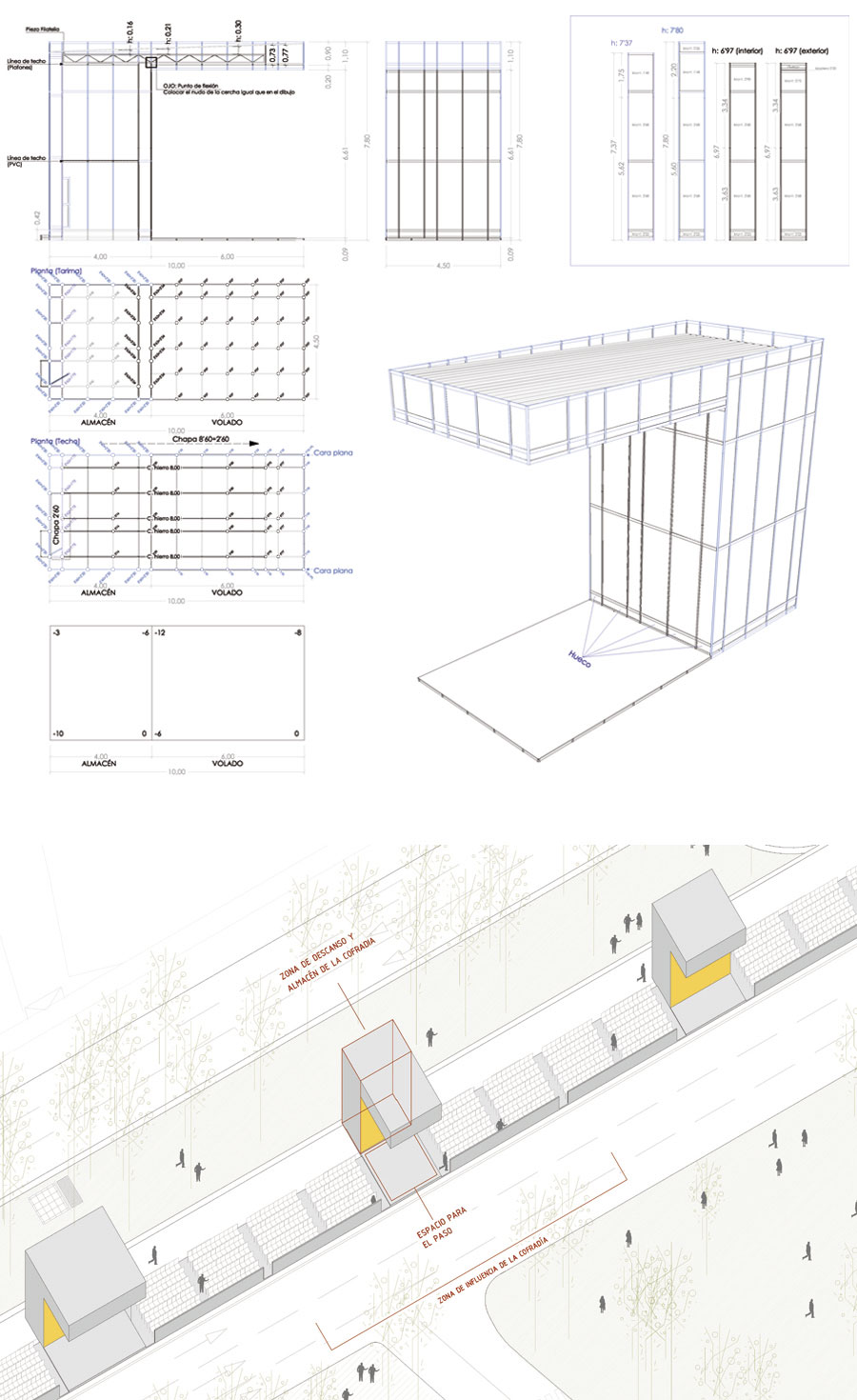 Fourteen stations arranged along the Paseo de Recoletos, in a coherent continuity, hosted each one of the stops of the Via Crucis while a fifteenth stop located in the Plaza de Cibeles marked the end of the procession. 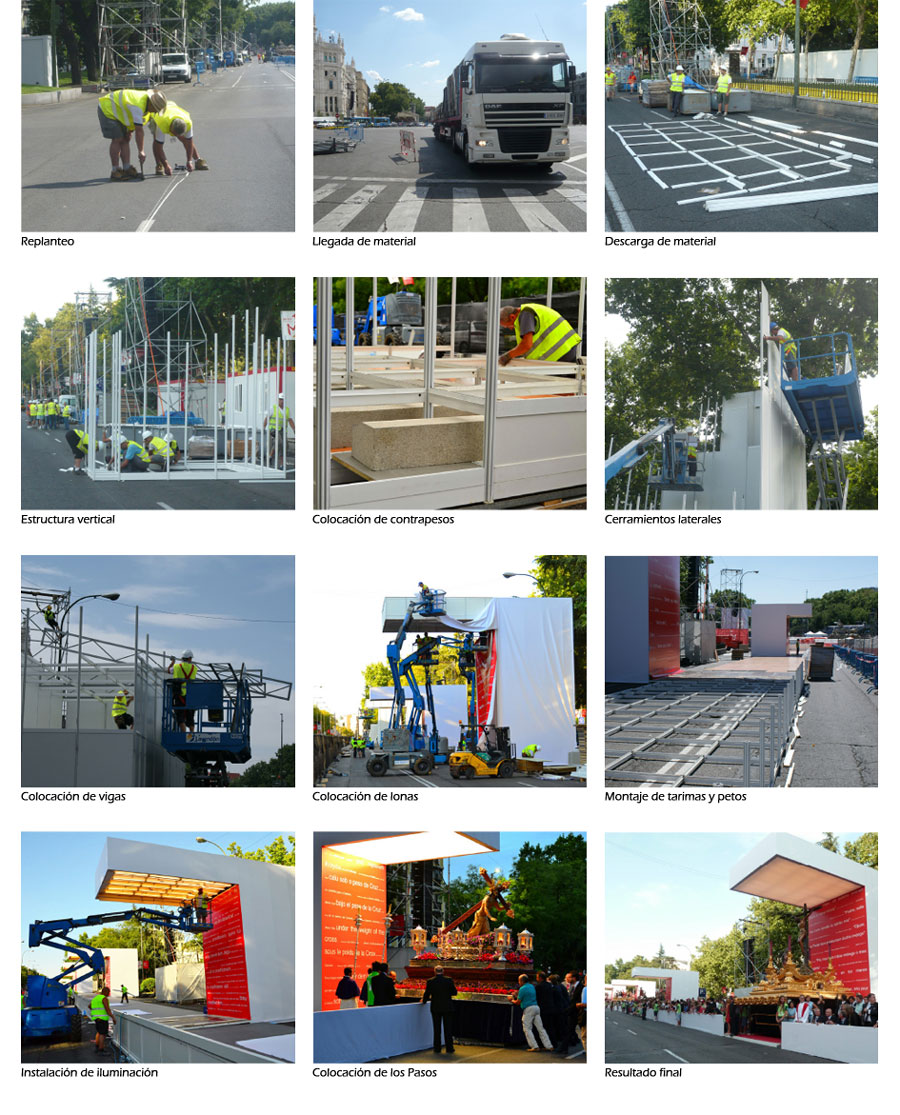 The project consisted in the placing of “illuminated boxes”, acting as a kind of canopy that included the above mentioned stops. The fact that these canopies were different in size while achieving the configuration of a unity manifested in the choice of an elemental and flexible geometry capable of generating the dimensions required by each stop. Precisely the illuminated canopy acting as a rooftop had a vertical posterior basis that functioned as a storage area for the members of the brotherhoods. In turn, the space dedicated to the Via Crucis itinerary was painted in red and adorned with some texts having a variable typography modulating the intensity of the written. In between the station stops seats for the brotherhoods members were disposed achieving to link all the parts composing the Via Crucis. 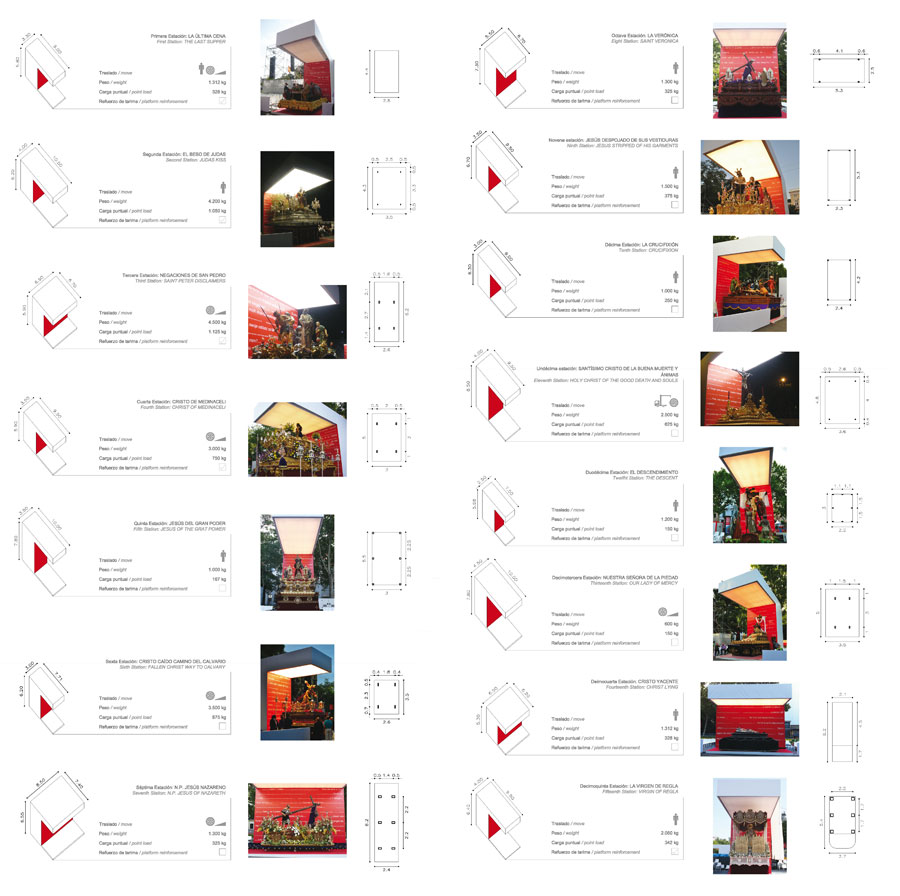 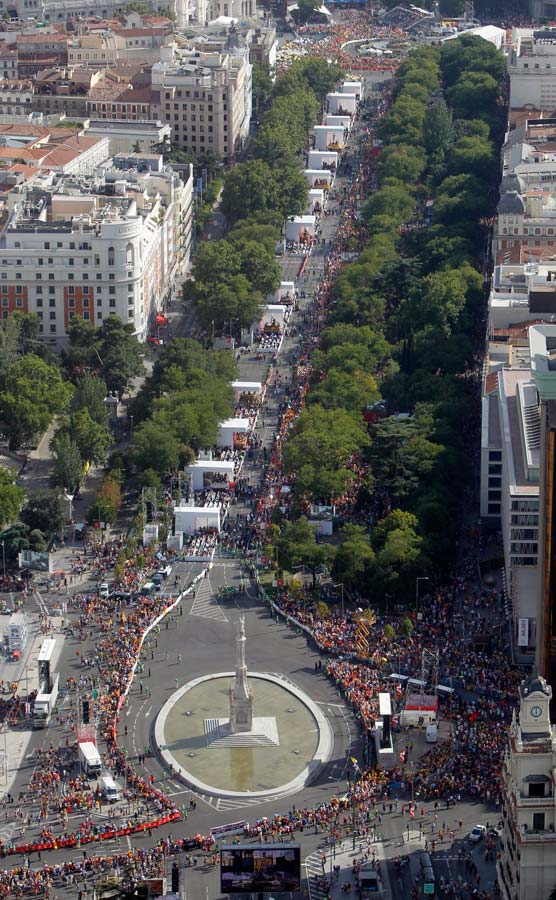