Refurbishing of a bookshop

The Neblí bookshop is one of libraries with a great tradition in the cultural panorama of Madrid. Located in Serrano Street, one of the main arteries of the neighborhood of Salamanca, our task did not limit to the refurbishing of the material space of the library, but was understood as entailing a reflection on the actual role of a bookshop in our times and on its future as a business. This reflection associated to the actual debate on the introduction of new technological means at the service of culture lead us to imagine a centre for the irradiation of culture and entertainment. For this reason, we visited some places that could serve as a reference. We realized that the selling and buying of books was as important as other cultural formats and parallel activities that the bookshop could offer.  We discovered as well that such centers have a social dimension, relating to market demand, and consisting in the enjoyment of the time spent in the bookshop. This includes extra options such as kids care while parents are buying the books, the possibility of having a coffee, reading the newspaper or having access to internet. 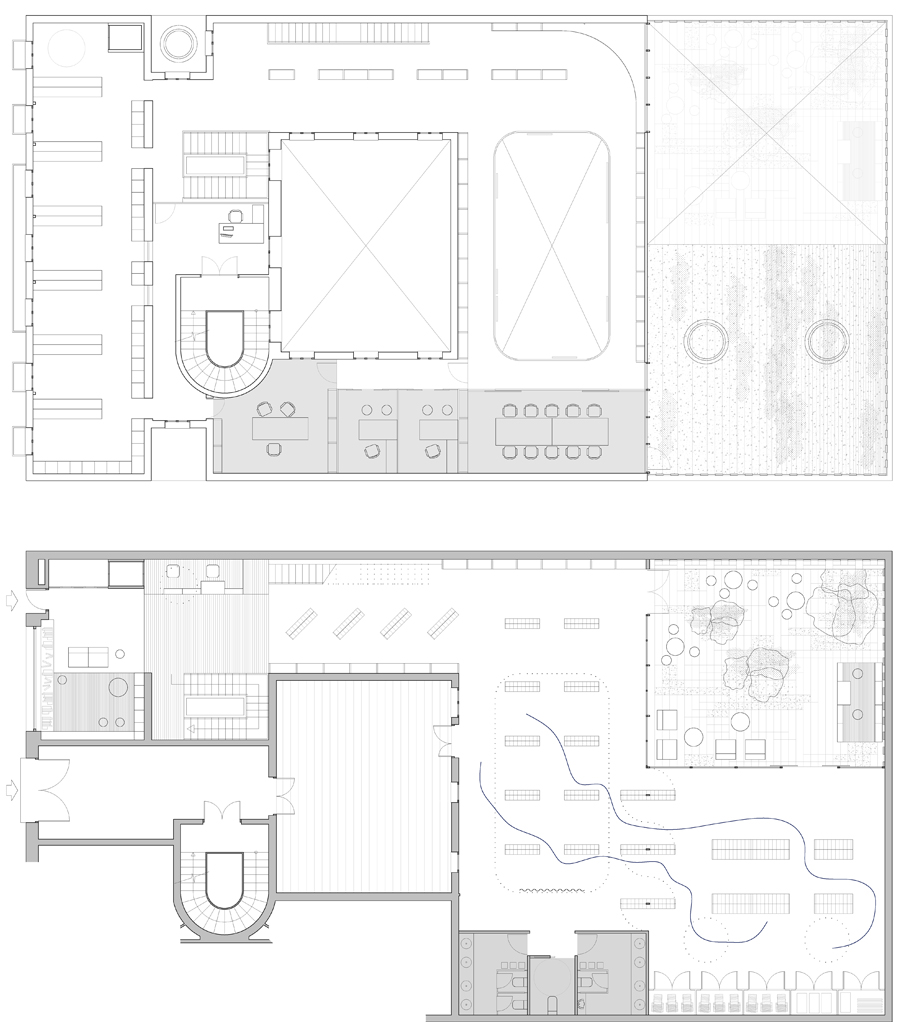 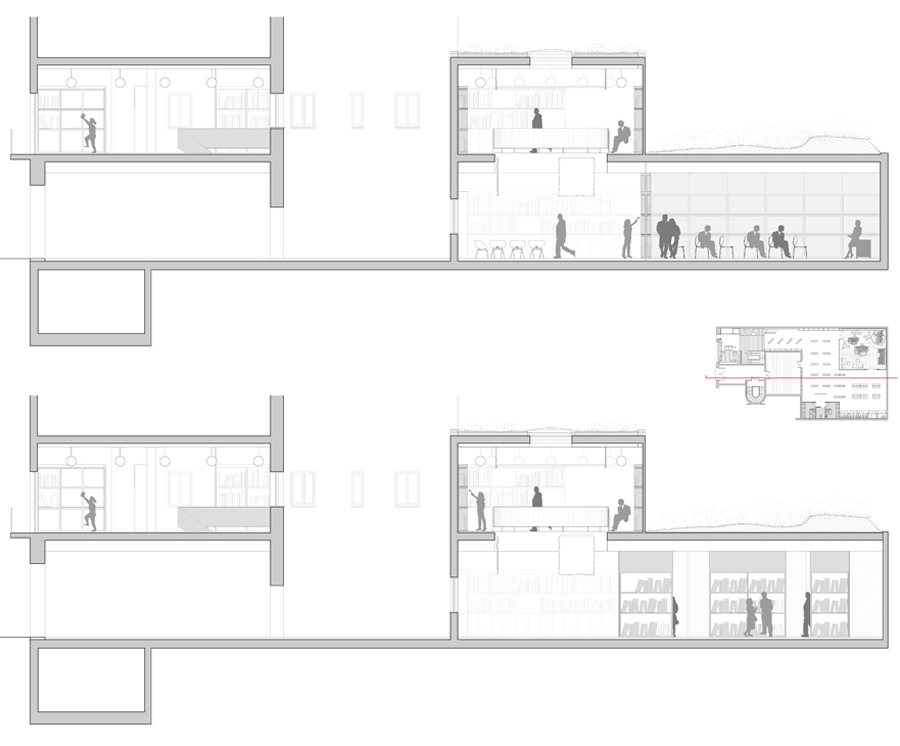 We also considered the possibility of designing a flexible space, that could transform in a small hall or playground for children. In order to achieve such a degree of flexibility we designed movable bookshelves allowing different spatial configurations. For us, it was a shame this project was not realized for economic reasons associated precisely to the downturns experienced now in the world of culture 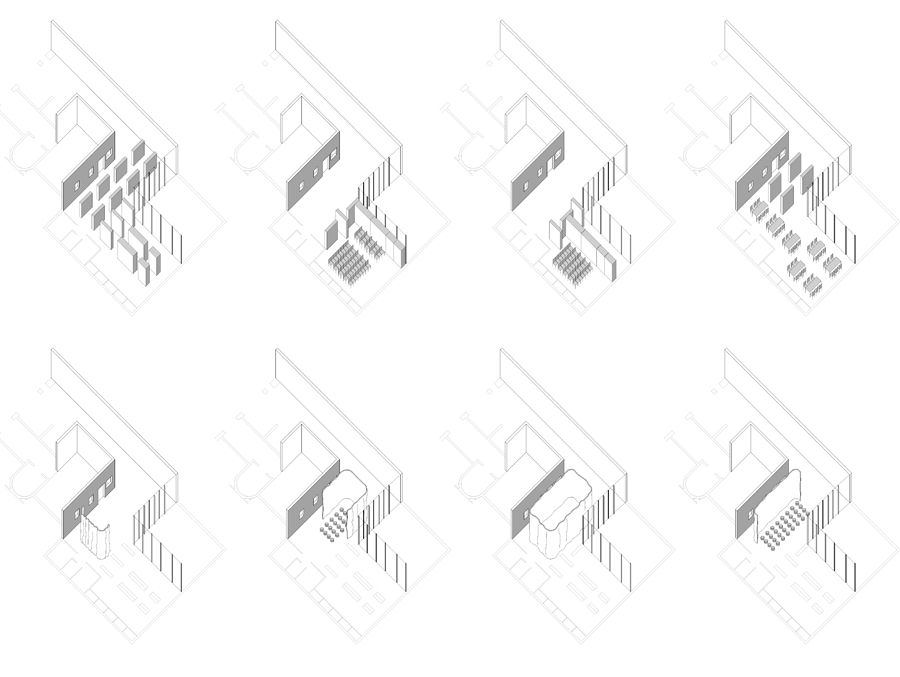