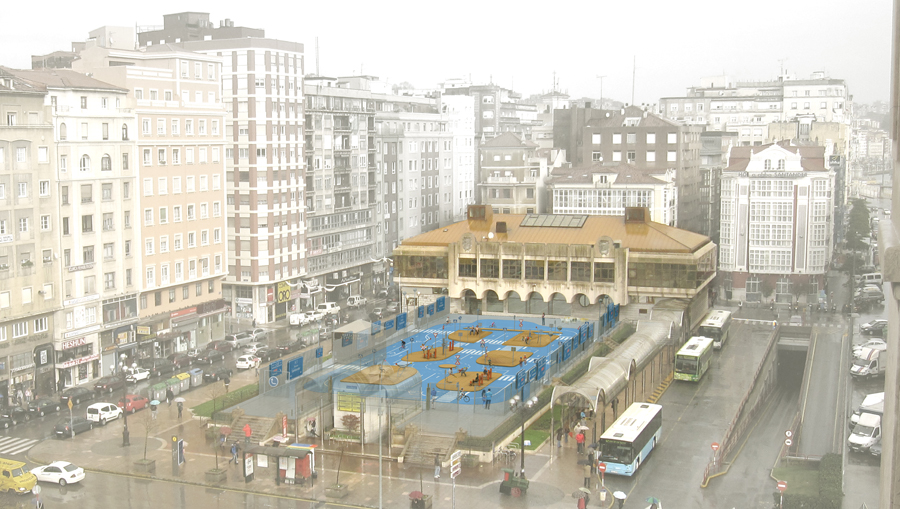 In the city of Santander a strategic logistics hub exists. This hub is located between the train station, the future seaport and the bus station which platforms are located underground and are related to the General Transport Administration of the Government of Cantabria, the principal agent commissioning us the assignment.

Our square is indeed a ’parasitic’ project in the sense that it colonizes a pre-existing space in the city which consists in taking advantage of the rooftop cover of the bus station, situated at a slightly higher level than the surrounding streets.

Given the relation of the square to a transport area and surroundings, we explored its possibilities as a playground for children related to this topic. In particular, we outlined a new topography with a noticeable slope that included a circuit for road safety education- constituting the key part of the intervention- as well as other small games for people of all ages. Also, the presence of elderly persons - relatives of the small children or not- was considered transforming the square in a potential place for social cohesion.

Concerning the design of the square, we considered specific materials and intense chromatic ranges that favor the playful perception of the intervention. Specifically, the coating of the square consisted of rubber poured in situ and accommodating to the new artificial topography. Also, and given its character as an urban void surrounded by high-rise housing we have considered the night setting of the square, illuminating the traffic signage considered as a constellation of elements suspended at 1.50m height of the ground. Finally, the intervention is confined to a metallic piece- a simple twist mesh- on which the recycled traffic signs are located and that is slightly elevated which grants it a particular identity in the city. 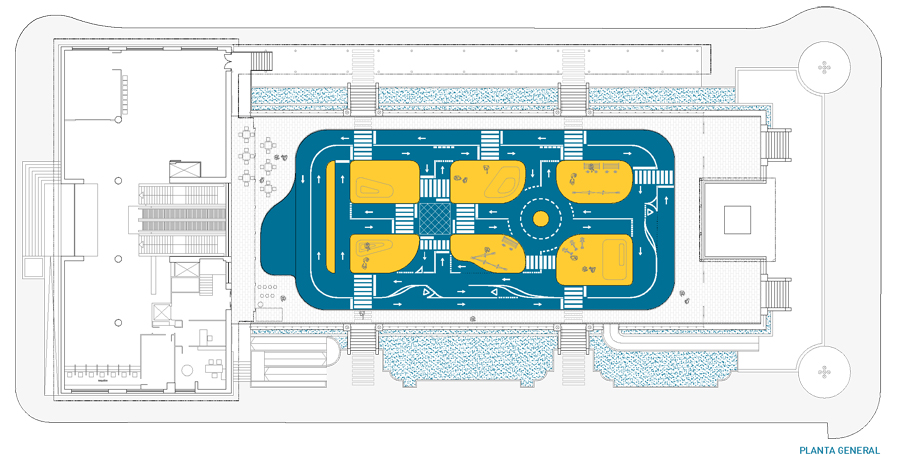 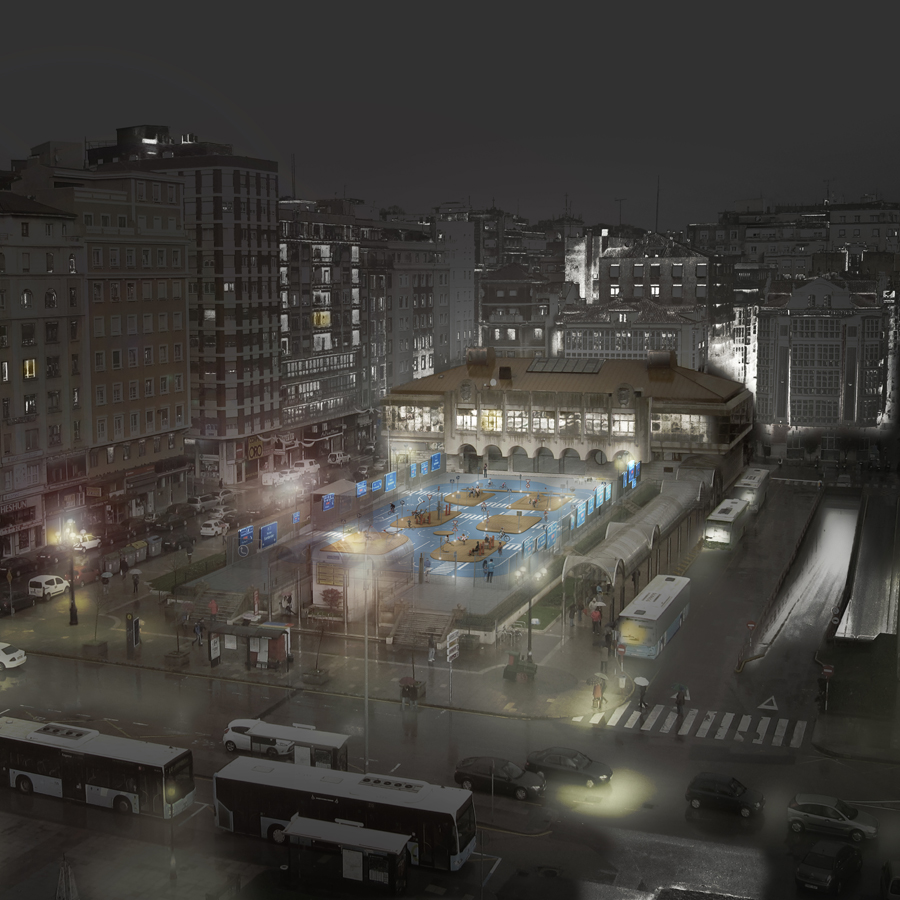