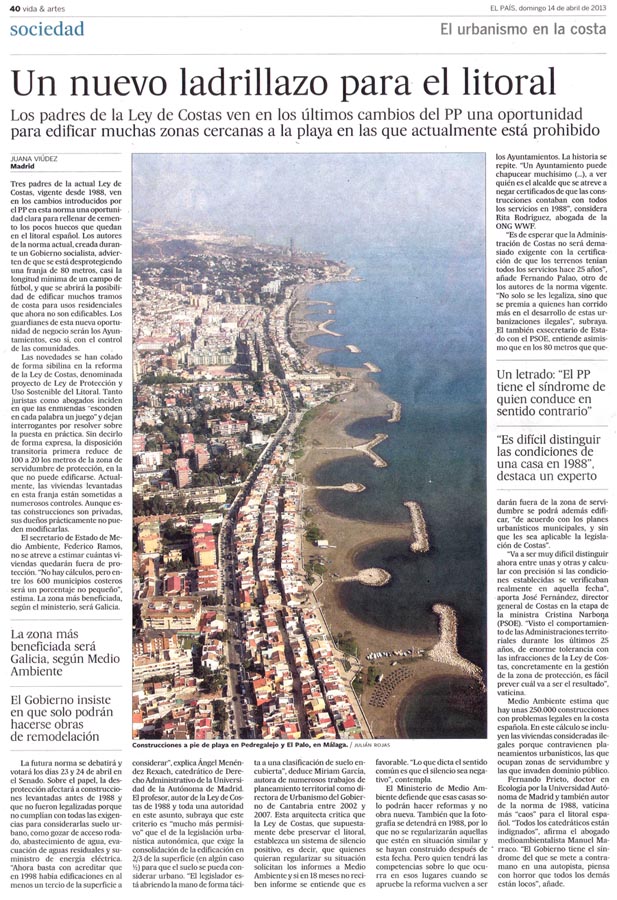 "New ¨bricks¨ along the coast". The fathers of the coastal law see in the las changes of the PP an opportunity to build in many zones near the beach in which it is actually prohibited"

A debate and a questioning of the Coastal Law valid since 1988 is exposed. “The legislator is tacitly opening the way for a fraudulent land classification” says Miriam Garcia, author of numerous territorial projects while occupying the position of Chief director of the Planning Department of the Government of Cantabria between 2002 and 2007.