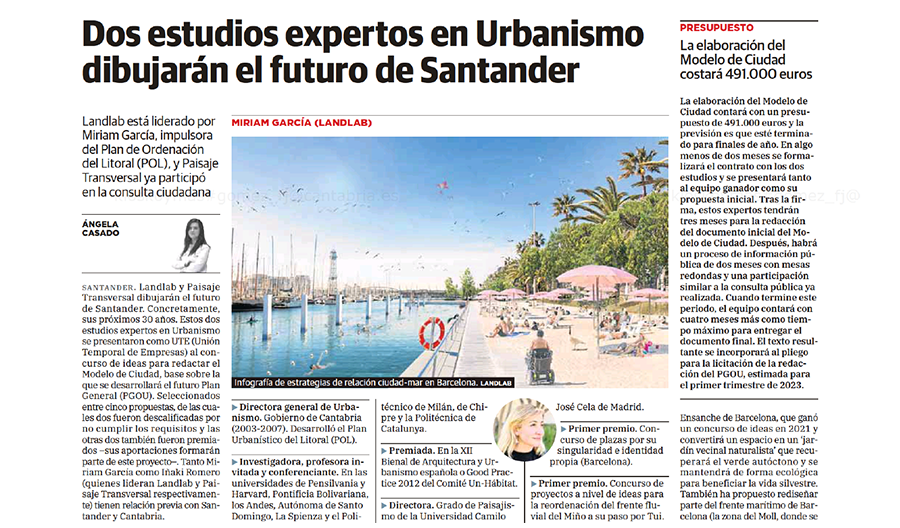 LANDLAB and Paisaje Transversal will be in charge of designing the City Model (Modelo de Ciudad) for Santander (Cantabria) for the next 30 years.

The UTE (temporary union of companies), formed by both studios, was the winner of the public tender for the City Model, which will be the basis for the new PGOU (General Urban Developement Plan). The resulting project has the aim to reflect citizens' concerns, already staten along the Citizen Enquiry, and to construct a more green and human Santander.

Check out the complete new in the following link: web El Diario Montañés.